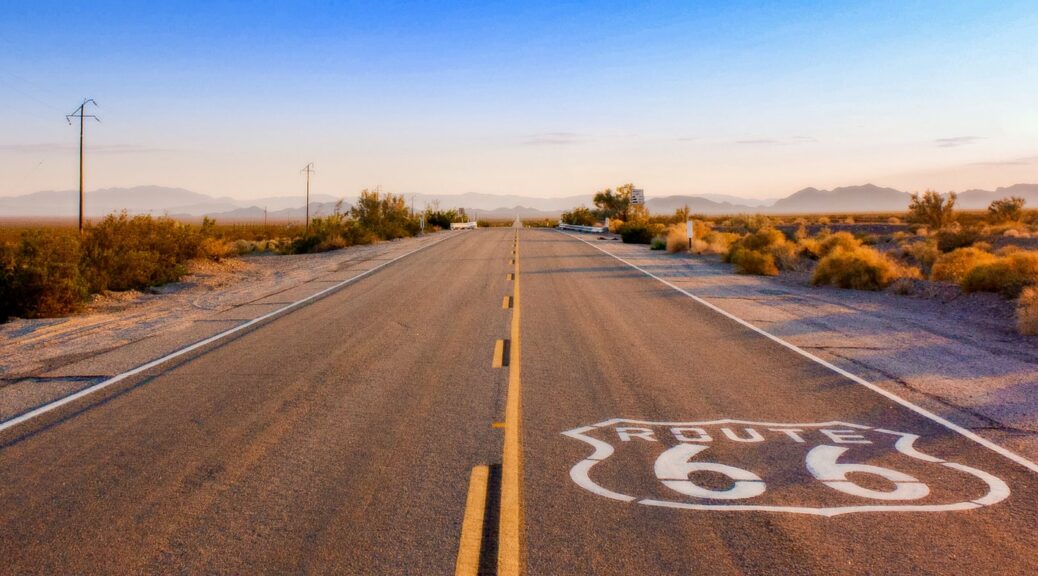 Kriss Nichol is a retired teacher with an MA in Creative Writing from Northumbria University. Her poetry and short stories have appeared in numerous small presses, magazines and anthologies, won prizes and been shortlisted in competitions. As a member of Scottish PEN, the Federation of Writers (Scotland), the Scottish Writing Centre and Dove Tales, (Poets for Peace) some of her work has appeared in their publications or on their website. She loves sharing her knowledge and insight with others and runs a writing group in her hometown.

Kriss has self-published three poetry pamphlets: The Language of Crows (2012), Between Lands (2013) and A Suggestion of Bones (2017). She has also published two novels: In Desolate Corners Shadows Crouch (2012) and Monsoons and Marigolds (2017). Her most recent publication, Ancient Anchors, marks an innovative departure for her. It is an extended sequence of poetry and prose in the style of Haibun (a prosimetric literary form originating in Japan which combines prose and Haiku), that charts the story of the relationship between the Earth and all her inhabitants from the Big Bang to modern day. It was released is August 2020.

Most people have heard of Multiple Sclerosis, and also Motor Neurone Disease, since Rob Burrow and Doddie Weir highlighted that disease through their own experiences. These illnesses and many others, like cancer and dementia, attract quite a lot of funding, media campaigns and governmental research. However, my illness, Myasthenia Gravis, is little known and research is entirely funded by donations. This is because fewer people are affected – about 20 cases per 100,000 of the population – but it is nevertheless serious for those affected, usually starting in women under 40 and men over 60 and affecting twice as many women as men.

Myasthenia Gravis (MG) is a rare chronic autoimmune disorder in which antibodies destroy the communication between nerves and muscle, resulting in weakness of the skeletal muscles. MG affects all the voluntary muscles of the body, especially those that control the eyes, mouth, throat and limbs, but it can attack any muscle concerned with movement e.g., in the ears and nose. It is a neurological problem caused when the immune system damages the communication system between the nerves and muscles, making the muscles weak and easily tired.

In addition, the autoimmune system produces antibodies to attack chemicals that are released into the bloodstream, to be picked up by muscle receptors and enable the muscles to move. Although incurable, MG is treatable, with most sufferers able to live relatively ‘normal’ lives. However, it is unpredictable, sometimes with symptoms changing from hour to hour.

In my case, my legs or arms might be affected in the morning, making getting up and getting dressed a chore, but by lunchtime it could be my mouth and throat that make speaking, chewing and swallowing difficult. The muscles in my nose don’t move catarrh properly, making it impossible to sleep on my back as I feel like I’m drowning, or even have my head bent back in the dentist chair. But the worst problem for me is when my throat regularly closes in muscle spasm without warning and I choke, unable to breathe properly.

If I can relax or get water down my throat it breaks the spasm, but the water often comes down my nose instead, which is very unpleasant. People who are not aware of my condition always try to help by banging me on the back, which doesn’t help at all as I’m struggling to relax the muscles. And occasionally I have had a myasthenic crisis, which occurs when weak respiratory muscles, infection, fever, or a bad reaction to medication triggers a crisis – weakness in my lungs affects breathing and then creates a medical emergency requiring a respirator to help me breathe.

A few years ago my friend and I decided to drive Route 66 to fulfil a dream on our bucket list. We took four weeks to complete the journey and flew to Boston for three days before travelling home. In that time I lost two stone in weight, experiencing nausea that rendered me unable to eat the huge meals put on our plates and even the smell of food turned my stomach. I thought the nausea would go away once I was home, but it continued and I was unable to keep any weight on, no matter what I tried, and overall, I lost four stone and looked like a cadaver.

I was taken into hospital for tests, and it was discovered that the medication to control my MG, Mycophenolate, was actually slowly poisoning me. It had controlled the MG perfectly so I was reluctant to give it up, but nausea was ruling my life. I went back to earlier medication that wasn’t so effective, and ended up with problems of speech, chewing and swallowing, so eating was a chore yet again.

I was prescribed protein drinks and having a stent inserted into my stomach for feeding was discussed, which I did not want. I tried really hard to eat and gain weight, succeeding in getting it up to nearly eight stone, but had to use a liquidiser for most of my food. This wasn’t how I wanted to live, and depression, which flitted in and out of my life, made another appearance.

Then my neurologist prescribed four-weekly sessions of immunoglobulin and things improved slightly. I was still struggling with chewing and swallowing food, and with speaking for longer than a few minutes, so after a couple of years of tweaking medications I was eventually put on a course of steroids, increasing by a tablet every two weeks until I was taking 50 mg a day, then decreasing by the same amount each fortnight. Suddenly I could eat, drink, talk and enjoy life again. I was able to put on weight and re-join the human race.

However, taking steroids is not without its own problems. My hair falls out, my skin is thin, transparent, and splits easily, I have thinning bones and suppressed adrenal gland hormone production that increases bacterial, viral and fungal infections as well as the fatigue and muscle weakness of MG. But I’m alive, where a hundred years ago I would not have been.

Living with MG has been a long, long challenge to get to where I am physically and mentally. I used to be very active – I hill walked, caved, ran half marathons, windsurfed and enjoyed all forms of dancing, but that has all gone now. I was undiagnosed for twenty years and my symptoms put down to female ‘hysteria’, which made me feel I was going mad as no one believed me when I told them what was happening to my body. I tried to continue as normal and in 1997 I went to Nepal as a volunteer for VSO, became very ill and was sent home in 1998 for tests.

Eventually MG was diagnosed, worst case scenarios discussed, medication regimes played about with until I was stabilised and a thymectomy performed. The thymus gland, which is part of your immune system, had developed a malignant tumour. It was successfully removed and fortunately the cancer had not invaded any lymph nodes. I was good to go.

The years following the diagnosis were like the illness – all ups and downs. I ranged from ‘why me?’ feeling very sorry for myself and let down by both my body and the world, to ‘why not me?’ and a more philosophical acceptance of my condition. I went from a fierce determination that I would beat the disease to a gentler understanding of it and gratitude that it isn’t anything worse. It disrupts my life, my plans, my day-to-day routines that other people enjoy, but it has given me a whole new perspective on pain, suffering and a joy for life while I’m here and able to enjoy it.

When I can’t get out of bed, I’m grateful I have eyes that can see the trees outside the window. When I can’t speak I’m grateful that I can listen to what other people are saying. When I have problems eating, I’m grateful for the food I can access that makes things easier for me. And when I can’t go out and about like I used to, I concentrate on my writing, which brought me here.

There is so much to be grateful for, whatever our health condition, and my family, though living away from me, are a constant source of pleasure, support and encouragement. I just hope that other sufferers reap as many benefits as I have. 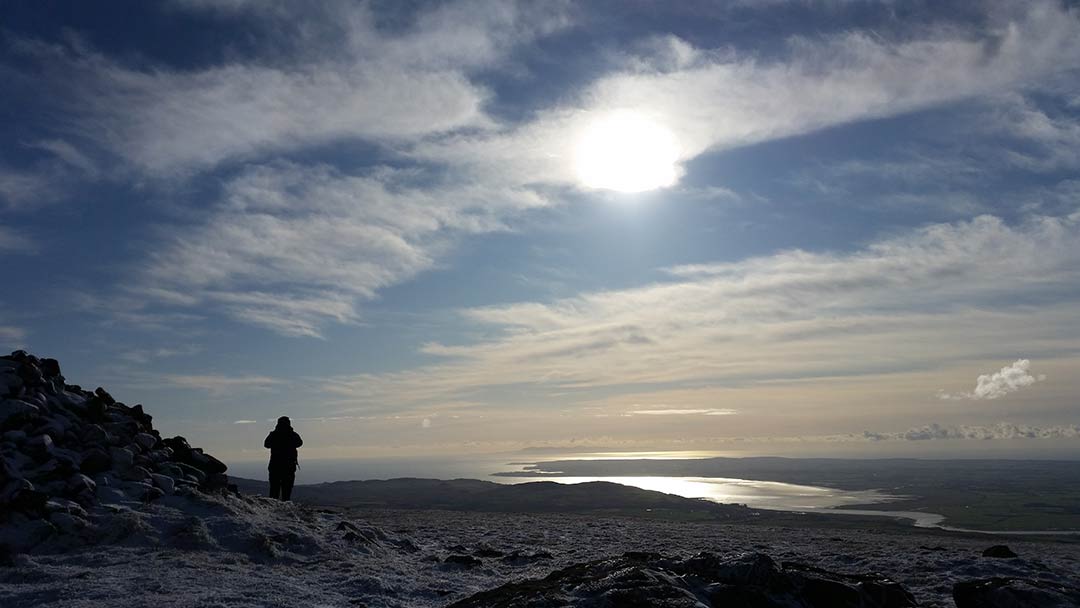 One thought on “Living with Chronic Illness”