Throughout November we asked you to send in flash submissions on the topic of War & Remembrance. We received many lovely entries, but the favourite amongst the team was “Norman’s War” by Glyn Matthews, aged 69. He’s the recipient of prize, “Codebreaking Sisters”, which was kindly donated to us by Mirror Books.

In 1914 Lord Kitchener pointed from that famous poster calling ‘Your country needs you!’

My grandad, Norman Hough, (1893–1969) was one of the first to take ‘King’s shilling’. Being religious, he would not carry a gun but was keen to assist with first aid skills learned from St John’s Ambulance. So, he joined the Royal Army Medical Corps.

After basic training, ‘the volunteer army’ were sent to France to bolster the small British force already there.

His 138th Field Ambulance unit saw action during the first battle of the Somme. The first day became a metaphor for futile and indiscriminate slaughter. It is little wonder that 1st July 1916 saw the largest loss of life suffered by the British army in a single day – 57,470 casualties including 19,240 killed.

For 48 hours, Norman repeatedly went ‘over the top’, under fire, to rescue the injured, and was awarded the Military Medal for his bravery.

His unit was then posted to Ypres before being sent east to Salonika and then Mesopotamia where he picked up malaria and a stripe or two for his sleeve, finally returning home in 1919.

He must have been traumatised by the horrors he witnessed but was still able to recount sanitised versions of events in the form of bedtime stories, which, as a small child, I loved – like the time he unwittingly slept on a dead mule (best night’s sleep he’d had in ages) or the time they brought back melons instead of prisoners from a midnight mission. At one point a shell landed close to him and he was buried up to his neck, unable to call out but otherwise unharmed, to be discovered and rescued many hours later.

My lovely Grandad died when I was seventeen, many stories still untold.

By Glyn Matthews from Cheshire, aged 69

Thank you to everyone who submitted a flash submission for November! 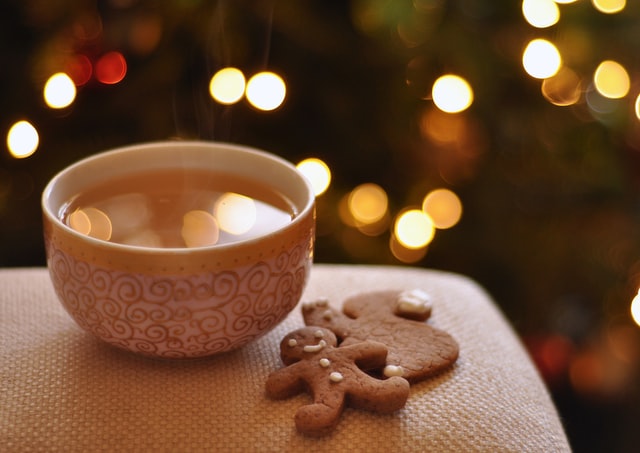 Send us your flash submissions on our December theme:
a bit of coorie and hygge!

Are you an avid Christmas crafter? Do you run any creative festive workshops for people in your area? Do you have any special winter routines or hobbies that help you to stay cosy and navigate the chilliest months in a state of contentment? Were there any festive or winter traditions you had growing up with your family or friends? If so, we’d love you to tell us about it in a flash submission. It could be a memoir, a short story, an anecdote or a poem.

Ends on December 31st and the author of our favourite entry will win a book prize and have their submission published on the website. Entries are free.