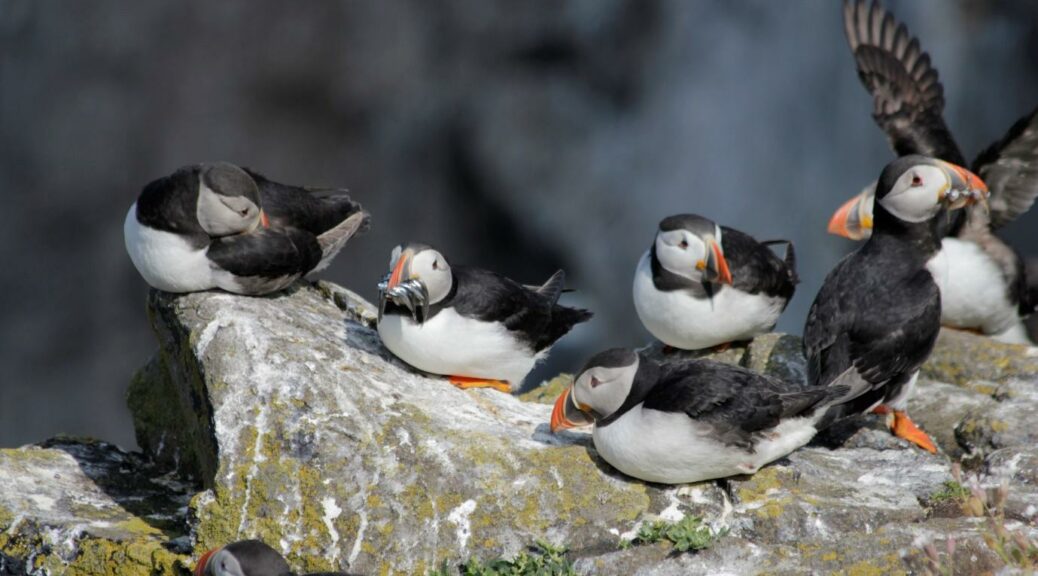 Our CLANGERS project has come to a natural end, but our content from Autumn Voices members and bloggers goes on!

We thoroughly recommend you continue to practice the principles of CLANGERS as part of your creative activities, and you may yet here more from us about them (this is deliberate intrigue on our part here) but we will keep bringing you new blog and other content here on the website as part of a rolling series of monthly themes. September’s theme is Pets, Animals and the Natural World, so we will be publishing all sorts of lovely stories, blog articles and photographs about creatures great and small around Scotland (and possibly further).

Keep checking the website for weekly updates and follow us on social media for news and photos too.

77-year-old Jennifer Nisbet (pictured with Hugo the dachshund) is an Educational Psychologist. She is passionate about lifelong learning and development as well as supporting and enthusing adult learners to achieve their potential. Most of her career, from the mid-80s through to retirement, was as a Regional Academic with the Open University, active in writing and research. Among other activities, she currently volunteers with the Scottish Seabird Centre, based in North Berwick on the east coast of Scotland.

I’m in my mid-seventies and now largely retired from paid employment, but I remain actively engaged in lifelong learning, with more time now to pursue interests in travel, photography, nature conservation and volunteering. For the past fifteen years or so, some of this has been with the Scottish Seabird Centre.

The Scottish Seabird Centre is a conservation and education charity. It opened in 2000 and works to inspire and educate people to understand our marine wildlife and habitats, the pressure these are under, and the actions which can be taken to help protect and enhance them for future generations. Volunteers at the Centre, many of whom are aged over sixty, undertake a wide range of roles in support of these conservation and education activities. Examples include:

Prior to retirement, I was fortunate to be awarded a Churchill Travelling Fellowship. I spent three months travelling around Australia, exploring issues around older people and volunteering. I met with researchers, politicians and policymakers, volunteer managers and older volunteers themselves, across a wide range of perspectives and activities – from environmental and conservation volunteering to work with migrants and asylum seekers, education and advocacy, health and welfare, arts and culture. (For the full report see www.wcmt.org.uk)

My aims were both personal and professional. On a personal level, as someone embarking on the transition from full-time work to a mixture of retirement, voluntary work and continuing part-time study, I was looking for new directions and challenges. Much of the voluntary work I had been involved in over my lifetime was in the conservation field and, as such, physically quite demanding. Looking ahead to a time when that might not be as feasible, I wanted to explore how best to continue to make a contribution to the wider community which felt both useful and of personal worth.

On a professional level, this undertaking built on previous research and development work with older people, most recently with older learners in the Open University. I decided too that I wished to explore issues around older volunteers with a wide range of people: politicians and policy makers, active researchers, managers of volunteers and older volunteers themselves. Much of the impetus stemmed from my frustration with the way in which UK politicians and the mass media appeared all too often to focus on the negative impacts of an ageing population: on issues of dependency, poor health and increasing pressures on public resources. All too often the media in particular present a simplistic dichotomy between the old and dependent versus the young and productive. By contrast, I was impressed and enthused by the overwhelmingly positive approach I met in Australia, where public policy celebrates the fact that people are living longer and healthier lives than ever before and values the economic and social contribution that older volunteers bring to society.

There are so many examples I could provide from my travels of the social, emotional and health benefits for older volunteers and of the wider benefits to communities and society as a whole that are too numerous to go into here, but I will highlight one interaction which I found inspirational that has stayed with me. For anyone who might like to read more, the full report is available as indicated above on www.wcmt.org.uk

This relates to the so-called grey nomad research carried out by Professor Jenny Onyx.

In our meeting, Jenny argued that that the grey nomad phenomenon fundamentally challenges the ‘dominant decline’ model of ageing. As a psychologist, this was the model I had been taught to buy into. It assumes a steady increase in almost all physical and cognitive abilities throughout childhood, adolescence and young adulthood, followed by stability through middle-age, then a gradual decline in all functioning. Jenny noted however that, while a decline model of ageing may fit some people and circumstances, it is not a universal experience. Even in the presence of some loss of physical capacity, there may be continued personal development and enrichment well into later life. Her research findings present a picture of these older Australians taking active and very positive control of their lives, regardless of financial and health conditions. For them, the grey nomad experience is about adventure, freedom and learning. She further noted that, while much of the current literature suggests the possibility of more positive ageing, these possibilities are often still framed in terms of delaying the ultimate decline. Certainly, the grey nomads she introduced me to demonstrated that life after retirement can be extremely gratifying and life-enhancing.

As she concluded: The ’fourth age’ may well still be an age of frailty and decline. But the third age, extending potentially over many years, need not be that way, and nor should such a decline model dominate thinking about ageing.

I began this blog by talking about the work of the Scottish Seabird Centre. Originally conceived in the late 1980s, it took many years of hard work by a team of dedicated volunteers and supporters, and the patronage of Sir Hew Hamilton-Dalrymple, the owner of the Bass Rock, to bring the vision to a reality. Since opening in 2000, the Centre has gone from strength to strength and been awarded more than 25 prestigious awards. During that time, the Northern gannet population on the Bass Rock has grown to become the largest single-rock gannet colony in the world – a spectacular sight.

While my own involvement with the Centre spans only the last fifteen years, my work with other volunteers on the archive materials has brought home to me the enormous hard work, good will and enthusiasm of those involved from the outset. For me, one of the joys of volunteering at the Centre is that things are always changing. From spotting the first puffin and the first gannet chick in spring, to watching the antics of the young seal pups playing together in winter, each season brings something new to enjoy. Remote cameras on the islands beam live images back to the Discovery Centre, allowing visitors to watch the seabirds as they nest and rear their chicks, as well as gannets on the Bass and puffins on the Isle of May and Craigleith, alongside guillemots, razorbills, cormorants and shags.

It’s a joy to work there with likeminded volunteers and to be involved in raising awareness of issues affecting our seabirds and marine wildlife.