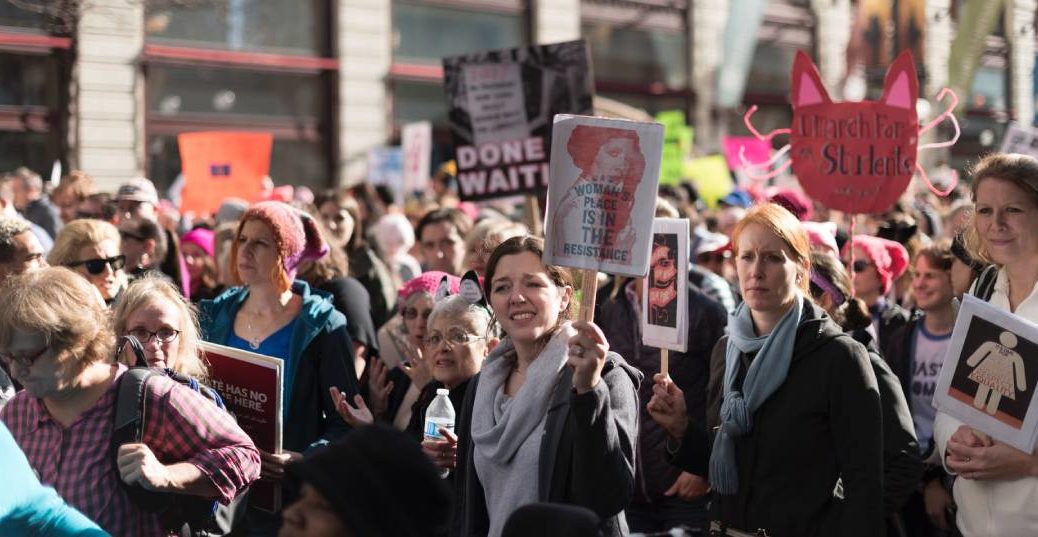 No one in the UK is going to forget March 8th, 2021 in a hurry. Parents in all four countries will be celebrating children being back at school or shortly to return. It’s also International Women’s Day, and as women have borne the brunt of home-schooling, the phrase ‘women’s liberation’ will ring with particular jubilation for those mothers. Many youngsters, including the baby and four-year old who live next door to me, have benefitted from time with Dad working from home, but the sighs of relief up and down the land will have a distinctly female tone.

Celebrated worldwide since 1911, International Women’s Day has strong working-class roots, marking women’s successes in achieving better pay and working conditions. In 1911, after two decades of strikes and agitation by the matchgirls at Bryant and May’s factory in London, the British government outlawed dangerous white phosphorus in the manufacture of matches. Some people even credit women for starting the Russian Revolution as they marched on Petrograd in 1917. The day has been celebrated every year since then and was adopted by the United Nations as an international themed day in 1975.

Women’s industrial action often met with opposition from the trade union brotherhood, so March 8th is a day to take our hats off to the 1968 Ford Dagenham machinists. Their strike gave Barbara Castle the ammunition to battle-axe her Equal Pay Act into law. We can also applaud Jayaben Desai. In 1976, this diminutive figure garnered huge support from male-dominated unions for the two-year Asian women’s strike at the Grunwick Film Processing Plant in London.

Twenty-one years later, on the 100th anniversary of International Women’s Day, I joined the inauguration of Team Glow women’s cycling network in North West England. In September 2011, the group achieved its goal: one hundred women rode the Manchester 100 (miles) cycle ride in one day. Astonished male riders were repeatedly overtaken by a new breed of pink-shirted women who’d been training for this day.

I’m sure the day also has personal echoes for some Autumn Voices readers.

The day is a good time to bow our heads in respect to those who have sacrificed their well-being for the greater good. I’m thinking of the abuse received by the UK’s first black woman MP Diane Abbott, and Maureen Colquhoun, the first openly lesbian MP, who in 1977 was de-selected by an unsupportive constituency. Credit is also due to our home-grown female heads of state Nicola Sturgeon and Arlene Foster and internationally the twenty-one female heads of state who are role models for the girls of today.

As International Women’s Day is also about celebrating women’s activism, let me suggest some demands to rally around for the near future.

Since the day was adopted in 1975 by the United Nations, it seems reasonable to demand that the UN puts its money where its mouth is and decide to appoint its first female Secretary General next time the job becomes vacant.

The theme for this year’s IWD calls for equity in leadership in a COVID world. It’s time to close the gap of female world heads of state from eleven percent to fifty percent. Then we’d see an unprecedented 96 women leading world nations.

However, we’re in danger of not having a planet for these women and men to govern in the future, so let’s look to this year’s UN climate summit in Glasgow in November. We should press the chair, Alok Sharma, to ensure women’s proposals for solutions to the climate crisis are heard, starting with Greta Thunberg, and also the plethora of eminent women scientists who are essential to securing a sustainable future. This is a ‘tipping point’ year.

Continuing the future focus, it’s essential that the gender imbalance in education, which is championed by Malala Yousafzai, continues to be addressed, thus re-framing girls’ life chances. The world won’t change without women’s full participation as equal citizens.

For our girls going back to school in March, there is everything to play for. We can play our part for younger generations by highlighting role models who will inspire them to become the decision-makers, experts and activists that the future needs.