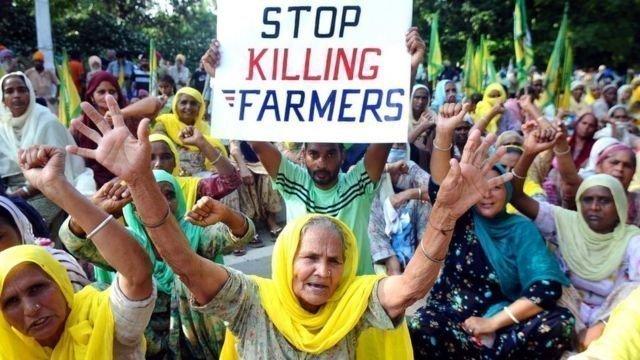 There’s a new mood in the air, a call to action that’s different from BC – before Covid. Maybe it’s the enforced stillness allowing us to view in a new way those things that aren’t right. Or perhaps the individual sense of threat we’ve all experienced has stimulated a desire to act. In many spheres, older people – folks like us – have been the ones making a difference.

During this crisis, Captain Tom Moore didn’t wait to stand up and be counted. Nor did farmers in India. Recent news bulletins have shown striking pictures of white-haired farmers, both male and female, protesting against new laws which they fear will erode their livelihoods. For many different reasons, oldies like us are being galvanised by a sense of injustice that’s come to a head as we plunge through this new decade.

So, let’s take stock of what older activists are doing to make the new Covid world a better place. I’m not claiming superior powers arising from maturity, but I am saying let’s play our part, and not ‘leave it to the young people’ as the older generation of Quakers did when I was a 16-year-old peace activist. I wanted to reply, ‘Get off your backsides and get involved.’ Although I now understand the relief with which those tired Friends greeted a new generation of social activists – I feel the same about XR (Extinction Rebellion) and other movements pressing for change – I think my teenage self was right. As a 65-year-old, I’m needed.

Changing the course of history requires an all-out effort. Millions of people are relieved that Joe Biden, with his 49 years’ experience in Congress, is now in charge of steering the USA juggernaut towards a human-centred and sustainable political system. Appointing 77-year-old John Kerry as his climate envoy shows a shift in thinking: where old used to equal fuddy-duddy, in this context it implies experience and dynamism.

But what can we do? We’re not all politicians, nor can we match Cap’n Tom’s amazing feat of raising £32 million for the hard-pressed NHS. (I’ll still dream, mind you, of doing something equally impressive when I’m 99.) However, there’s always something, even if it takes us out of our comfort zone. Whether marching to reclaim the streets for women or crying out with grief at a Black Lives Matter demonstration, or blocking traffic at a fracking site, older activists are making their voices heard. Sometimes direct action takes people to new heights, or lows in the case of Plymouth’s 72-year-old Gay Jones, a Rebel Botanist who spends a lot of time on her knees annotating common wild plants.

For creative people, including Autumn Voices members, artists of our generation can influence change through culture. 67-year-old Lubaina Himid  – the first black woman and oldest person to win the Turner Prize award – addresses racial politics and the legacy of slavery in her work. 62-year-old Booker Prize-winner Bernadine Evaristo gives readers a new view of our diverse culture, as does 70-year-old Vanley Burke, whose photography documents Black lives in Birmingham. And forty years after she wrote the song ‘Reclaim the Night’, Peggy Seeger, now 85, has added her weight to this week’s outrage about women’s lack of safety that has been sparked by the tragic murder of Sarah Everard in London.

Once more, the world needs all hands on deck. This time it’s not to repel invasion or try to prevent genocide, but to reverse the destruction of the planet. Some Autumn Voices members might think they did this in the 1950s, and thanks to the likes of CND (Campaign for Nuclear Disarmament), nuclear annihilation did not happen. But the monster has reared its head again. Up and down the land – and in nations across the world – people are doing what they can to slow the rate at which we are hurtling towards environmental ruin.

Wherever you look, older people are doing it. It matters. Black lives matter, disabled people have rights, abused women still fight for recognition, and children need food. And the poor planet, wilting and drowning, cannot survive without all of us giving our best to save it. We can’t leave it all to David Attenborough.

If reading this has inspired you to put your digital pen to paper, why not send us your “be (A)ctive” CLANGER. It’s free, and you might see your submission on the Autumn Voices website in April.