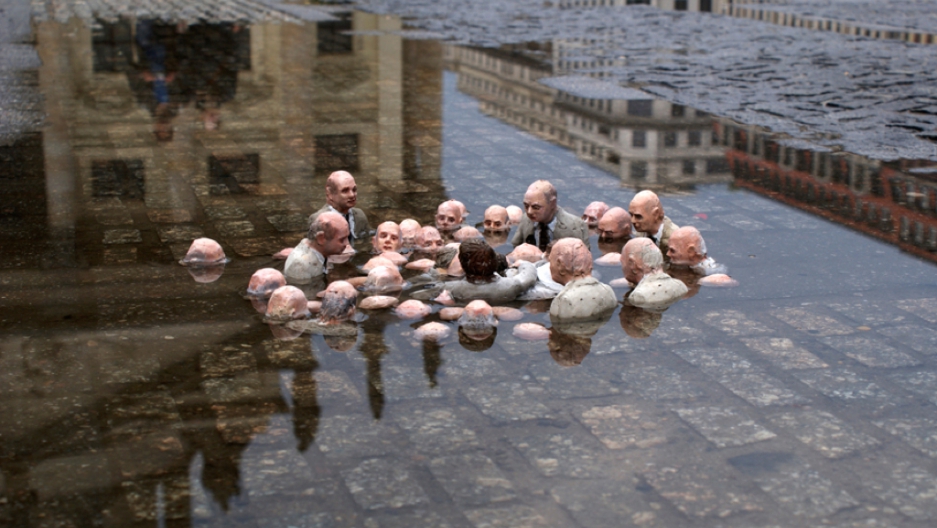 It seems almost impossible to forget the songs we heard in our youth. My best friend at school was a huge David Bowie fan, and, with this month being the anniversary of both Bowie’s birth (in 1947) and his death (in 2016), listening to Radio 6 Music’s retrospective connected me to every day we spent in her living room after school. ‘Changes’ is one of Bowie’s most famous tracks. I’ve always found its lyrics largely incomprehensible, but apparently ‘the lyrics are often seen as a manifesto for … the frequent change of the world today’, and it was the last song he ever performed live.

But still the days seem the same

The Covid pandemic has caused enormous social upheaval in a very short period of time, but still the days seem the same; many people say that much of their lives feel on hold due to lockdown and there’s so much pressure for life to go back to ‘normal’, to how things used to be. It seems particularly hard to get our collective heads round these contradictions. And this matters now, particularly when it couldn’t be clearer that – in each country – it’s the combination of our political responses and our collective behaviour that is affecting the respective trajectories of this pandemic. At the time of writing, the UK has the highest death rate in the world due to Covid 19 and yet we appear to be about to relax restrictions in some areas.

This ambivalence to change is a microcosm of our political and collective responses to climate change. You certainly don’t have to be a climatologist to know how fast our climate’s changing; any gardener who’s been monitoring their vegetable planting can tell you that. But, even so, many of us have not felt connected enough to our planet changing, and we seem to have been incredibly slow to change the rest of our lives.

This dilemma fuels some amazing creative responses, from ice sculptures of a polar bear in Trafalgar Square and Piccadilly Gardens, to sculpture and performance art and there’s even a whole page on Wikipedia devoted to climate change art.

Where’s your shame; you’ve left us up to our necks in it

This sculpture of flooded politicians talking has widely been understood as being about our lack of an effective response to climate change (although it wasn’t the artist’s original intention apparently).

These creative responses to climate change all ask us to make a connection to the planet and consider how we can respond to this climate crisis – whether or not we think it will affect all of us – now or in years to come.

One of my responses was to take (a very small) part in Liberate Tate. This group of mainly young art activists has, over a number of years, taken direct action against the Tate Galleries to challenge their acceptance of sponsorship money – known as ‘artwashing’ – from oil companies.

Their initial protest in 2010 continued with a range of daring and creative performance events usually held in art galleries. They captured my imagination in 2015 with Birthmark in Tate Britain and, when it was repeated in different galleries around the UK, I leaped at the opportunity to connect with this growing protest movement, not only to connect with activists of different generations, but to make a physical connection between my body and the planet.

Ice cores show that carbon dioxide levels in the atmosphere have remained between 180 and 300 parts per million (ppm) for the past half-a-million years. These Birthmarks depict the amount of carbon dioxide in the atmosphere in the year of our birth – in my case it’s 313 ppm (1956). When I had my tattoo done in 2016 atmospheric carbon had only just reached 400 ppm; this year it will exceed 417 parts per million (ppm) – a 50% increase since the start of widespread industrial activity in the 18th century. My Birthmark tattoo is on my right arm; it’s only usually visible when it’s hot. But I remember the pain, and I always know it’s there.

There are so many things we now know that we could do to reduce our carbon footprints, to enable everyone to walk more lightly on the earth. And we now know that the world really can change quickly when it wants to. But whatever our responses are to the climate crisis, and however we balance the dilemma of making changes but staying the same, I count myself as lucky not to live in Fairbourne in North Wales, our very own climate frontline.

To both stay the same and to make change, we need to make and maintain our connections, in our own personal way, to people, to animals, to places and to the planet. For everyone’s benefit.

Gill has recently moved from east London to a rural Scottish town and is active in the U3A and online as @Fgh22Gill on Twitter.