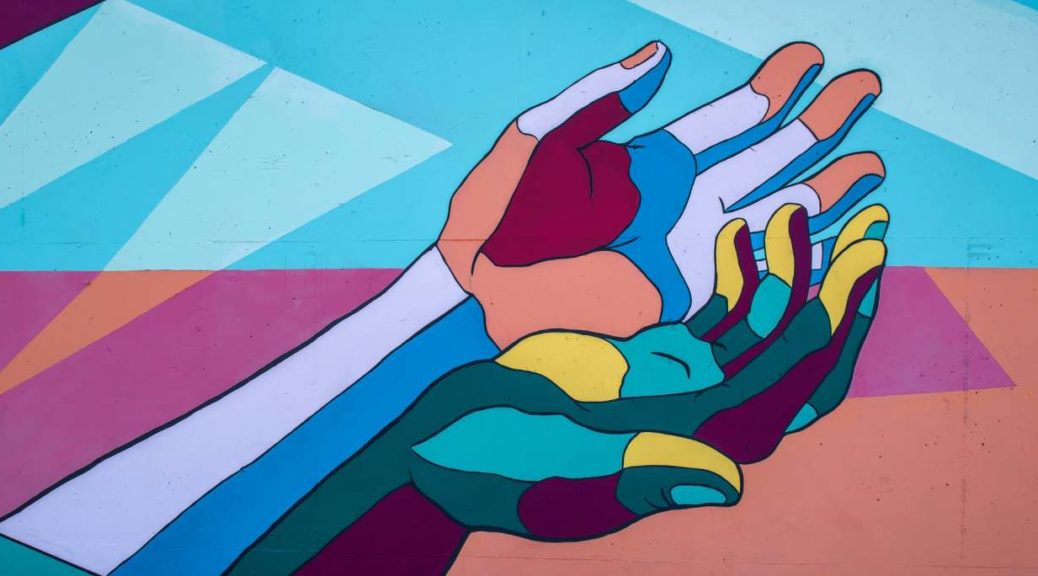 Loneliness has become a visible public health issue, particularly at this time of year when corporate and media organisations’ Christmas and New Year messages have been about making – or remaking – connections with others. You can see the start of this trend, aimed particularly at older people, in advertising from 2015 onwards:

However, despite this recognition of the impact of loneliness on older people, little has been systematically put in place since then to tackle the issue in real life, apart from some campaigning and fundraising for good causes (like Age UK, for example) to whom the mantle has fallen in the absence of other structured support. Indeed, even good causes have not always been possible to sustain by many of those who originally provided support. But for some notable exceptions like the Co-op and some of their community engagement and fundraising activities, it’s mostly been left to each of us individually to try and connect or reconnect with each other.

Has this changed now millions of us face spending a large part of time on our own, limited in meeting up with others, kept apart from our dearest, particularly if they’re not our nearest? For months, those of us shielding or in self-isolation may have only been seeing people briefly when getting our shopping once a week or so. Many of us may be dealing with poverty, illness, and loss almost entirely on our own (apart from maybe a cat or two).

This separation has been reflected in our national politics; the UK has now separated from the rest of Europe despite much dispute, causing more division within families and communities. The UK itself is becoming increasingly disunited – who would have believed you five years ago if you predicted we’d now be putting customs labels on parcels to Belfast?

What does ‘connecting’ mean in these circumstances?

Many of us have become far more active online, where the written word has taken precedence over the spoken word. As older people we’re generally less tech savvy so may have to grapple with downloading and using different software. And we have to learn how to write to or for other people using this technology, it can be less than straightforward. Connecting through different media with opaque editorial policies and algorithms constraining our connections is like working out the different rules in each pub or shop: it’s okay once you’ve got it, but it can cause long-lasting problems along the way until you do.

We might struggle to find and connect with like-minded people or find new friends. And in this new and evolving online world it’s often easier to connect with ‘Sandra15674’, whose voice might have as much prominence as Rupert Murdoch’s. Her voice might have more credence given it’s reinforced by ‘Wayne227’ from a university in Ohio, and ‘John Smith’, the Everton-supporting husband of Mary with two lovely daughters. Unlike Rupert Murdoch, none of these – it eventually becomes clear – really exist. But by then, the damage is done. Not only does our ability to trust evaporate, but a contagion has already spread like Covid to some of our friends and relations. It turns out that one of my relations has become so lost she’s written notes in all of this year’s Christmas cards begging family members not to have Covid vaccinations.

Can that relationship be retrieved? My cousin and I will no doubt try now with Zoom calls and friendly letters with factual information, but we’ll have to plan it carefully – she’s very hard of hearing and Zoom’s not great for her, and she’s isolated hundreds of miles away in rural Kent. But I know it’s possible to (re)build trust by learning and understanding what’s real, assessing where opinions are different from facts, amplifying the right questions being asked, finding the best answers to give with an understanding of how, and why people are particularly susceptible in these troubled, divided, isolated times.

We need to connect more cautiously, work out who to trust, be appropriately wary of disclosing too much, write carefully to minimise being misinterpreted. After seven years on Twitter I’ve learnt lots of warning signs so I’ll block some accounts on sight because of their idiocy or cruelty. Other times I’ll try and check to see if the person is real but perhaps being taken for a ride by other less benign people. I’ll listen to different opinions without reacting critically, amplify views and information that others may find interesting, particularly from others who explain complexity far better than I could. And I’ll support people or argue important issues, gently but firmly, with facts, compassion and humour, just as I might’ve done over Christmas dinner back in the day. And occasionally I’ll comment pretty directly when I think people are being deliberately cruel or dangerous, just as I’d like to think I’d do at Christmas with some of my more offensive relations.

I now have nearly 2000 followers on Twitter, my online forum of choice. Quite a few of them I’d consider friends, even though I may never know their real names nor they mine. They laugh at the same jokes as me, they find the same things shocking, they give unconditional support when times are tough, as do I in return. My politics and my style obviously aren’t everyone’s choice, but I try to be a bit like how I imagine a newspaper editor might be: I try never to amplify false information or hurt people who are clearly already hurting. My new year’s tweet, for example, was:

“Find and nurture the connections that’ll sustain you”

If you find yourself trying to connect with people online, I haven’t found any better philosophy. And in some ways, it’s easier than connecting in person: there’s no washing up to be done!

Gill has recently moved from east London to a rural Scottish town, and is active in the U3A and online as @Fgh22Gill on Twitter