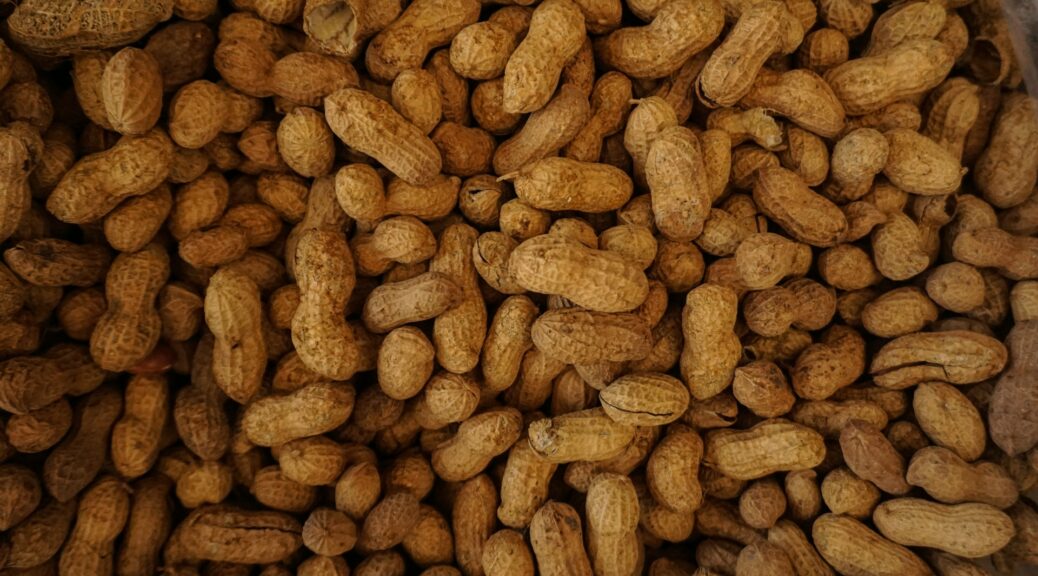 For some people, the Covid pandemic has cultivated strong feelings about what they see as violations of their bodies. For some, wearing masks in public was bad enough. Then, vaccination rollout aroused suspicions about what the vaccine might contain. Perhaps the most visceral concerns simply arose because vaccination isn’t like a mask – easily discarded as soon as we’re out of the store. It’s something injected into our bodies.

This was all a bit odd, because we willingly introduce stuff into our bodies every day: food. We don’t know where most of it has come from, nor do many of us care very much what it contains. For those managing allergies, however, things are very different. Depending on the severity of someone’s allergy, they may have found their freedoms regularly circumscribed in ways the rest of us have only recently encountered.

So, down to basics. What are allergies? Some aren’t linked to food at all, like hay fever – an allergic reaction to pollen. Food allergies are an abnormal immune response to a particular food. The EU lists fourteen of them which the food and hospitality industry is required to monitor. How Brexit will affect that requirement is yet to be seen.

Stories of sudden death linked to food allergies have been in the news in recent years, and allergies seem to be getting more prevalent – although so far, no one really knows why. But not every adverse reaction is due to an allergen. Food intolerance symptoms – things like indigestion, wind or diarrhoea – are generally not serious. You can often eat a small quantity of the offending food with little or no effect. Intolerances can often be caused by how we eat rather than what we eat: we’ve evolved to graze, to eat a little and often. But busy lives often result in us eating little or nothing all day before wolfing down a huge dinner too quickly. A food allergy, on the other hand, causes a reaction of the immune system that can affect various bodily organs, the symptoms varying from the merely unpleasant to life-threatening anaphylaxis.

Allergies can develop over time. If you find yourself experiencing an itchy tongue, itchy gums or lips after eating, say, shellfish, or peanuts, take it seriously and go to the doctor before it gets worse. And developing an allergy in older age, you’ll be pleased to know, can result in a particularly bad reaction due to immunosenescence, or the ageing of the immune system. Yes, your immune system can get weaker with age, just as your joints or muscles can, and the process needs to be monitored and managed.

Once you have a diagnosis, you’ll obviously remove food containing that allergen from your diet. But that’s where the fun starts! First, make sure to replace those nutrients from other sources. If, for example, you have an allergy to eggs or nuts, the protein in those foods is easily replaceable from other sources, but sometimes you’ll need to work harder. Shopping becomes a less impulsive, more meticulous experience. Always check the list of ingredients; just because something you like didn’t have nuts in it before, it might do now as the manufacturer can suddenly change the recipe. They’re obliged to put it in the small print on the packaging but they’re unlikely to make much of it in their accompanying ad campaign.  And don’t assume that every jar of curry sauce or pesto will be nut-free just because the brand you bought last time was okay. Different manufacturers’ recipes contain different ingredients.

It’s now estimated that 250 million people round the world suffer from one allergy or another. Even so, lifestyles and attitudes are changing only gradually. Saying you have an allergy in any social situation involving food can still – however unfairly – imply an awkward, self-absorbed nature. For some, that means only ever cooking for yourself at home, never accepting others’ hospitality, never going on planes or anywhere where air is circulated, and never eating at a restaurant.

If you refuse to have your lifestyle limited in this way (and good for you), be aware that eating out means you’re putting your safety temporarily in someone else’s hands.  It’s astonishing that no matter how many stories with tragic consequences hit the headlines, and no matter how often the Environmental Health Officer knocks on the door, some in the catering trade still don’t take allergens seriously and regard the whole thing as an impediment to making money. There’s sadly still a lot of eye-rolling in the industry.

In part that may be because allergens, believe it or not, have a certain fashionable cachet and voluntarily cutting a certain food from your diet may now be regarded as a lifestyle choice. That’s fine, but it can lead to a certain cynicism. For instance, I recall a customer in my restaurant asking for a gluten-free roll, something we had but which required some preparation (a few seconds in the microwave).  But by the time his gluten-free roll was ready, he’d selected a big fruit scone for himself. When we assured him it was not gluten free, he simply smiled and said, ‘I know, but they look so lovely, I’ll take the risk.’ Okay, the customer’s always right but that kind of customer choice can sometimes lead to staff taking genuine Coeliac sufferers less seriously.

Staff in restaurants or takeaway outlets have a responsibility to record the allergens in the food they’re serving. However, as a sufferer, you should also take responsibility for your allergies. A good bit of fun detective work for creative customers is to pay close attention to the body language of catering staff when you ask if something on their menu contains a particular allergen. It’s great for people watching. Be very wary of a breezy assurance that it’s fine. The serving staff may genuinely know (and I hope they do) but they’re likely to state their knowledge more assertively, more simply, than if they’re just guessing.

An old Environmental Health Officer trick is to grab the most innocent-looking, junior member of the team and ask them what the food contains. The EHO isn’t being cruel, they’re simply testing the culture of the establishment. The manager should certainly be expected to know their stuff. But have they passed it on to the youngster who only serves at the weekend? It’s not best practice but it is acceptable if a junior doesn’t know or isn’t sure, provided that they go and ask someone for you. If you want to be really careful, all catering establishments are required to keep a list of allergens relating to everything they prepare.  You could try asking to see it.

From your own point of view, it’s a pain – but the devil’s in the detail. There are hidden or less obvious allergens. A quick one would be fries with a flavoured flour-based coating.  They’re obviously not gluten free even though you would normally expect chips to be so. A similar error was behind the recent tragic case of a boy who died after eating grilled chicken which had been marinated in buttermilk, to which he was severely allergic. Don’t make assumptions! They can be fatal…

And then there’s cross-contamination. Even if a dish doesn’t include an allergen in its ingredients, and even if it’s prepared in the most scrupulous of kitchens, depending on the severity of your allergy, it may prove harmful. Cakes are, frankly, a nightmare for those with a tree nut or peanut allergy. You can’t assume selecting a cake without nuts in it will evade trouble, because they’re invariably made in environments where nuts are widely used every day. Much the same applies to espresso-based coffees. Watch the barista make it. They should have separate jugs for the various milks, whether dairy, oat, soy or almond. And while oats are naturally gluten free, they may come in contact with gluten-containing grains such as wheat, rye and barley at the farm, in storage or during transportation.

If Alasdair’s advice has inspired you, why not try your hand at writing about how you eat well as part of our monthly CLANGERS project where Autumn Voices members share their own experiences. Read more about CLANGERS.