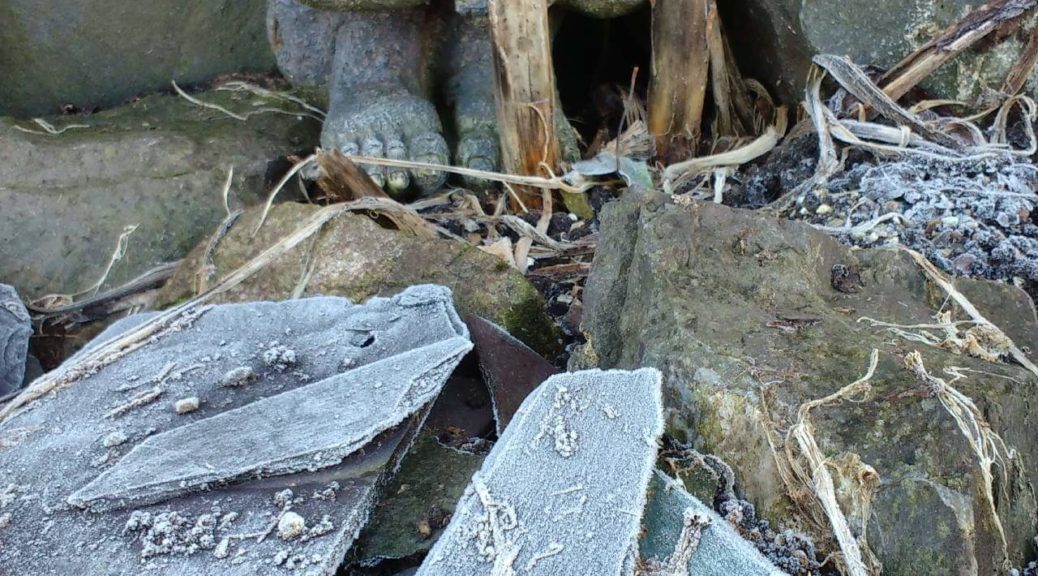 My friend emailed me yesterday to say that she and her husband are moving house next week. They’re moving to a smaller and more manageable one-storey house with a garden. It’s only a few miles away from where they are now, but rather than being along a lane then up a track, it’s on the edge of town, on both the refuse collection and bus routes – at the very end of them, for sure – but accessible, nonetheless.

Selling a house and moving at the nadir of this pandemic is no small feat. Mortgage lenders, insurance brokers, and solicitors who are furloughed or working from home with hastily constructed virtual filing systems have all had to be choreographed as though in a modern performance. Thankfully, they’ve all been well directed through this by an unbelievably flexible removal company. So much has changed since May last year when my cousin and I cautiously rehearsed Zoom viewings together, learning from the virtual tours I’d had initially from my daughter while in her sick bed, then later from her convalescent walks around her neighbourhood.

The practicalities of moving house are always tempered with the emotion of moving our home. Our connections to home run deep: the security of boundaries, walls and doors, our access to light, air and horizons, the garden we have grown next to it, the scenery that surrounds it – all of these have taken on a new significance during this pandemic. To dramatically change all these now seems particularly daring against the backdrop of instructions to stay at home.

I saw a tweet last week from the inspiring organic grower Nicky Kyle in Ireland showcasing a glorious photograph of Snowdon covered in snow:

The photographer, Niall O’Carroll, is quoted in the linked article as saying “I would love to visit North Wales and Snowdonia soon again when this is all over!” Nicky in her tweet sums this all up in one word: Hiraeth.

Hiraeth is a Welsh word that doesn’t translate easily into English. It can just mean homesickness or maybe even a sense of “longing or nostalgia … or a sense of regret”, but some use it to mean “the feeling of longing for a home that no longer exists or never was. A deep and irrational bond felt with a time, era, place or person.”

That inexplicable connection to a home, place, person or era (that may never have existed) seems to have been a significant driving force for Brexit – the sister challenge to the one we’re facing from Covid. Back in the EU in 2016 I talked with a huge range of people who were yearning for a better place: working class people lost without access to traditional jobs; middle class people unsure of their place in society; recent immigrants missing their families who’d been prevented from joining them. All of them longed for something better based on a nostalgia for their past – real or imagined. Most thought the better place they imagined wouldn’t be possible without a major upheaval, and so was very unlikely to happen. But many took the gamble, not just then but in the following years too. Some are threatening to dump their catches in Central London as I write.

I was incredibly fortunate to be able to turn my own longing for something better into a reality; I moved to a small town, into a small cottage, with a small garden. Having always been an indifferent gardener, I did short courses in permaculture and forest gardening before moving, both of which provide sustainable, regenerative approaches to land management and help create productive land that can, eventually, almost look after itself as well as us.

Both approaches also emphasise the development of resilient communities and prioritise the using and valuing of diversity, the edges, and the margins. In my new life that means resuscitating our local street market, building edible planters, developing community gardens and sharing the skills of food production – whether it’s on public land, in a garden, on a balcony or in a cupboard. All of this helps me forge my own sense of connection to my new home.

My growing skills are still … well … growing, but as someone who’s often felt at the edges of society, I’ve been valuing all of us who live at the edges all my life.

Gill has recently moved from east London to a rural Scottish town and is active in the U3A and online as @Fgh22Gill on Twitter.