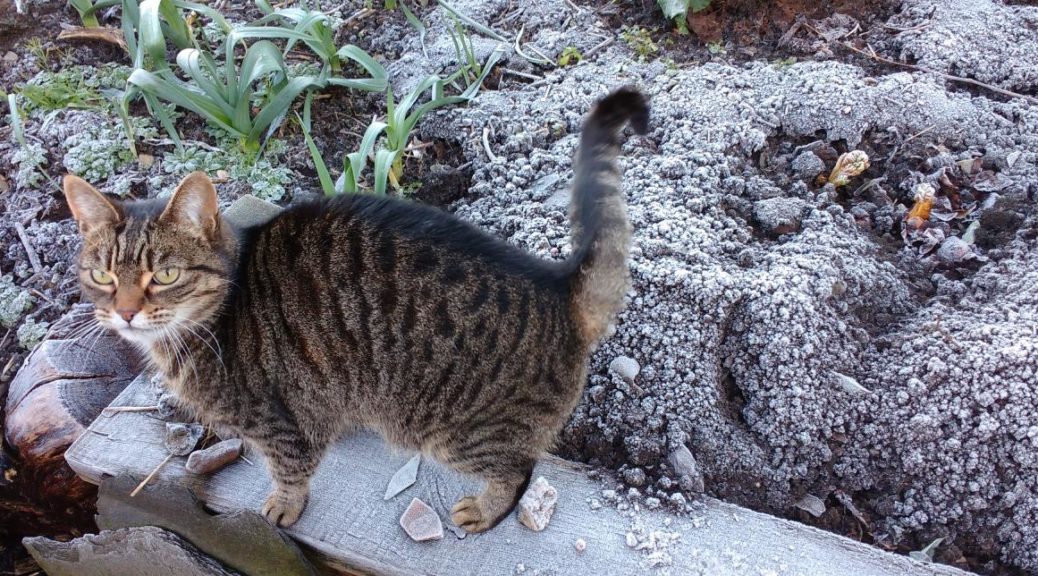 Audrey was getting me a glass of water after I’d ferried some rescued paving stones through her house to her neglected back garden, untouched since her husband died. I’d already cut back some brambles and discovered some grass underneath and she now needed a solid path to be able to get out there to enjoy it. Audrey was my neighbour’s mum when I lived in London. She lived around the corner from her daughter, who (at that time) she visited every day.

As I was catching my breath from carrying the paving slabs, I spotted an empty cat basket under her TV. I can’t remember how long she said it had been since her cat died, but it was years rather than months. We chatted about why she still had the basket, given that she said she was afraid to get another cat as she didn’t know who’d look after it when she died. I promised her that someone would; she was unconvinced.

Anatole France said: “Until one has loved an animal, a part of one’s soul remains unawakened.” This sentiment was echoed recently in a tweet from @MrJamesMack about a robin: “Yesterday we made a friend; there’s something about hanging out with a wild animal, even a tiny one like this, which is incredibly good for the soul.” It’s unclear quite which animal elicited the now famous quote from Anatole France, but I like to think it was a cat, given his first book is about “un chat maigre” (a famished cat).

As you may already know from my previous blog, I’m a big fan of Twitter. I’ve found an amazing, eclectic group of Tweeps who talk about their enjoyment in having cats: cats who travel with them, cats who ‘help’ with working from home and cats who just lounge around with them. Is having pets good for our mental health? Lots of people say they think it is, but recent research seems more equivocal:

While in general having a pet doesn’t mean we become any less depressed, it seems that in some groups there is less depression when people have a pet. Research shows this applies especially to homeless children and street kids, women and people with AIDS who live alone or people who have lost a partner. And it seems in the last great pandemic this was also true:

It’s also clear that just as many people welcome the idea of having pets, huge numbers of people also like seeing other people and their pets – millions for example watched this:

and thousands watched this:

So, animals – even when they’re virtual – fill a wide need and help us with connection. From animal deities to Animal Crossing, anthropomorphism has enriched our lives, helped us articulate our struggles and negotiate our place in the world. Perhaps as we’ve become physically more disconnected from the land, and now from each other, we’re (re)connecting with animals – real and imaginary, virtual or in person – to satisfy our “need for social connection”:

After living with rabbits and gerbils, budgies and cockatiels – and, briefly, a fledgling pigeon we called Smidgeon – I’ve settled on living with cats. While Kima and Keir can be demanding, they bring a very welcome structure and warmth to my life in lockdown. I even have company when I’m gardening and, until this year, I’d no idea that my cats snored – not as loudly as me, for sure, but surprisingly loud and enough to make me chuckle.

I’ve heard that Audrey no longer spends all day round at her daughter’s: the house is noisy with Audrey’s great-grandchildren and it’s just not a safe place during Covid. Even their 3 cats seem to spend little time there, and they’ve taken to filling the cat-shaped gaps in their neighbours’ lives after the old tabby died on one side and mine moved north with me from the other side. And Audrey’s got a house cat now; she’s adopted a three-legged cat the local vet saved after an accident with a car. With the future so uncertain for everyone now, why not?

2 thoughts on “If you don’t like cats, look away now…”