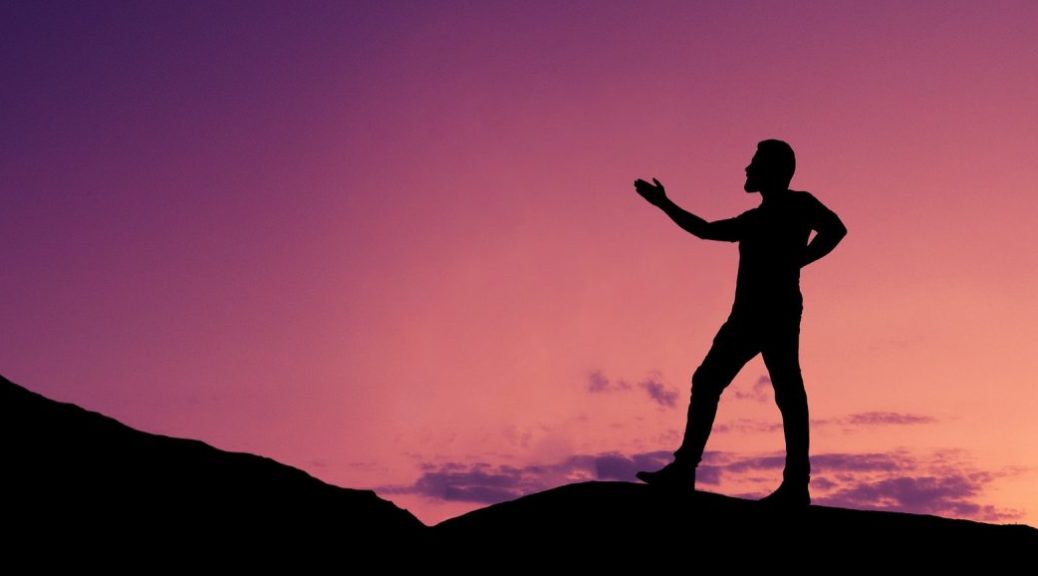 John Burns is a poet and short story writer who teaches English and Tai Chi. He is the author of Celebration of the Light: Zen in the Novels of Neil Gunn and Series of Dreams: The Vision Songs of Bob Dylan. Some of his poetry in Scots appears in Chuckies for the Cairn, an anthology of writers from Dumfries and Galloway. He has run writing workshops in schools and in the wider community. One of the founding editors of Cencrastus he is now part of the editorial team of Southlight.

Our modern world is very stressful, and we make it more so by valuing busyness and ‘doing’. We are bombarded by subtle and not-so-subtle messages that the harder we work, the more we do, the more we own, the better. We need to remember sometimes that the world is like this because we made it like that.

So how can we lessen the stress, and be more relaxed?

There is nothing more stressful than someone constantly telling you to relax. ‘Relax, it’s not so bad. It could be worse.’ ‘Relax, it might never happen.’

Yet the art of relaxation is vital to our sense of wellbeing. It is also vital to our ability to carry out important tasks. I learned this early, not because anyone taught me but because they didn’t. Primary school arithmetic was a bit of a nightmare, especially what they used to call ‘mental arithmetic’. A grumpy teacher would call out an impossible sum for the class to do in their heads. By some mystical process which had passed me by, most of the class could multiply huge numbers inside their heads without the aid of pencil and paper. 25 x 30, 15 x 40. She called them out and the hands would shoot up until almost everyone had satisfied her that we could all count. Except me. No matter how hard I tried I just could not see any kind of blackboard inside my head where the magic numbers were displayed in all their shining certainty. I screwed up my eyes, I banged my fist on my forehead, I looked out the window as if I would see the answer emblazoned on the side of one of the cows in the field next to the school. I tried to concentrate so hard my mind just went completely blank and I had to admit defeat yet again. Then it would all start again the next morning, with more and more stress being felt even before I set off for school. I know it wasn’t just me, but it felt as if I were the only person in the class, in the world, that couldn’t concentrate.

The problem was, no one ever showed me how to concentrate, never suggested that there were different kinds of concentration that suited different tasks. Looking around the classroom at my classmates I could see the furrowed brows, the bitten lips, the pencil banging as they tried to jump through whatever hoop the teacher had held up in front of them. That worried, stressed-out expression was concentration. It didn’t work. Gradually, though, I realised that by doing the opposite I could actually do many things successfully. (I never did master the mental arithmetic, though). I could draw, I could paint, I could write stories, describe my family and classmates in words that drew praise from my teachers. The secret was to just not try too hard. In other words, to relax.

In senior school this understanding developed further when I began playing scrum-half in the rugby team. In that wonderful position, by far the most important in any team except perhaps for stand-off or fly-half, you must think quickly. You cannot take too long with the ball in your hands wondering what to do next or some huge hulking brute from the other team will trample you into the ground. You soon learn that furrowing your brow and screwing up your eyes to think about the next move can only lead to disaster. You must learn to relax and trust your body and your instincts. If you have practised properly, your body will be relaxed enough to take over and just do it, as the admen like to say. The same realisation is at the heart of many sports and activities. It is not a blind giving in to some kind of instinctual urge. Rather, the relaxation involved comes when body and mind work together in harmony.

Some people can just leave the stressful stuff behind and live in blissful freedom. Good for them, but most of us need a bit of help, a method of some kind.

For me that is Tai Chi, the ancient Chinese martial art that is practised widely throughout Asia and is now ubiquitous in the West. Like yoga it gives us a way to listen to our stressed-out minds and bodies so that we can find a balance between stress and relaxation, between yin and yang. By quiet but alert attention to the body’s movements, the subtle shifting of the weight, the gentle stretching of muscles and tendons, and the coming and going of the breath, the mind quietens down and many of the body’s tensions drift away. This is not random, like throwing a towel on the sand and hoping that lying on it in the baking sun will ease the day’s tensions. It is a discipline that depends on that quiet awareness it has become fashionable to call ‘mindfulness.

Beginning by reading books on meditation while still at school, I moved on to practise Tae Kwon Do or Korean karate, then found my way to Tai Chi. I have been at it for a while and find it a wonderful way to help myself relax in body and mind. The Taoists of old China who invented it infused it with the concept of wu-wei – not-doing – a concept that points to the fact that the harder you try to do something the harder it is to do it because all that extra effort just increases tension. We need to learn the wisdom of letting go, not grasping at things. Perhaps the following poem might suggest something of this. It uses many names from the Tai Chi form. Don’t grasp at them. Just let the images unfold. It’s not a test, just enjoy it. Relax, let your mind roll on.

If John’s got you in the mood for relaxation, why not write about it once you’re done. It could feature as part of our CLANGERS series. Find out more.