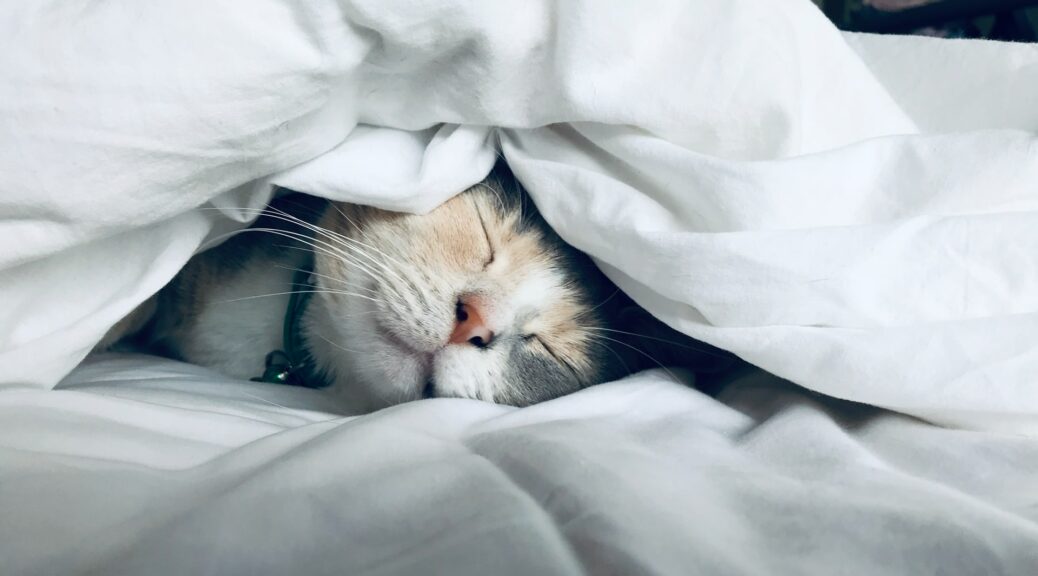 Diana, aged 79, lives in Edinburgh. Primarily a poet, Diana also writes short stories and children’s books. A former tutor at Bristol University and the Open University, she has tutored many courses for the Arvon foundation and from 2015-2017 was co-editor of New Writing Scotland.

Last night was a bad one. In bed by eleven, still awake at two. Try reading. Try stomping around. Try paracetamol. Wake Beloved who is snoring sweetly in the spare room, for one of those wee-small-hours conversations about the state of the world/my life. Sleep three until six. Hope Radio 4 might give me another hour. It doesn’t.

I’m not what you’d call a serious insomniac. I average two good nights to one bad night. But ‘good’ is rarely more than five hours and ‘bad’ can range from totally sleepless to a restless hour or two. Sometimes getting to the Shipping Forecast at 5.30 a.m. is, ironically, like reaching dry land.

Yes, yes, I know I should do something about it. But somehow, I’m protective of my insomnia. It’s mine. Almost my doppelganger. It takes the temperature of my psyche.  It knows what I’m about. It’s quite dramatic. In a curious way, the insomniac state is very particular. There’s an aloneness. I have a feeling of being closer to my subconscious than when either properly awake or properly asleep.

To have a good night (i.e., five hours sleep) my psyche needs to be in a state of equilibrium. That doesn’t happen often enough. As soon as my head hits the pillow, I discover I’m anxious or angry, in despair, in a panic, or all a-buzz with a jumble of grammarless thoughts.

I have a range of sleep-inducing routines: Reading (preferably a book that’s gripping but not over exciting); breathing exercises; lying on the floor with my legs up the wall which is sometimes successful though I worry that if Beloved should venture from his nice sleep/snory room into mine, he might think I’m dead; recitation. I do a lot of this.  Alphabetical cities from Amsterdam to Zanzibar. Girls’ names. Boys’ names. I take imaginary journeys – usually to my mother-in-law’s flat via May Terrace, a pretty and mysteriously quiet street behind the Giffnock railway station. I have a song or two I sing. I say the Lord’s Prayer. I’ve been saying the Lord’s Prayer since I was about seven when I had to say it ten times over without a mistake to make sure the bogey man didn’t come. (‘What was that mumbo jumbo you were muttering’ my mother would ask years later.) Counting backwards from a hundred. A cup of tea. 2mg of diazepam (just now and again, honest). Waking up Beloved is a last resort and he’s amazingly kind about it.

I used to listen to the World Service. I was particularly fond of a cricket programme called ‘Stumps’ which was hypnotically boring and sent me off before anything actually happened. Though maybe nothing ever did. But, since the pandemic, the World Service has become so full of woe, so full of awful stories, that it’s no longer soporific. Late night Radio 4 Extra seems fond of comedies with canned laughter. Radio 3’s music just isn’t bland and boring enough to send me off.

Of course, it isn’t only the confusion of the mind that keeps me awake. As I age, physical problems join in. Burning feet, restless legs, night sweats, hypertension, sore back, uncomfortable tum etc etc.

My yoga teacher (whose ghost I wish I could conjure up at night) was brilliant at putting her students into a completely relaxed state. I loved how she ended a class with what I think of as a prayer –

Awake or asleep, it’s ease of being I covet.

I recognise in myself that all too common desire not to be cured of one’s faults, ailments, sins. I seem to stick to my insomnia the way some women stick with an abusive husband. At what point might I really do something about it? Stop blathering on about how Maggie Thatcher survived on five hours sleep at night (but look at what happened to her in the end?) and make an effort. What is it in me that somehow doesn’t want to be soothed, placated, made somehow virtuous by sleeping for seven hours a night?

I do have an Insomnia Chum. Elizabeth, like me, has good nights and bad nights. It’s comforting to think of others being awake. (I’m cheered by a lit window at 3 a.m.) Sometimes I get out of bed, go to my study and send Elizabeth a long email. She appears in a poem I’ve written called The Insomniac’s Café. My poem is really a ‘take’ on one of my favourite Hemingway stories, A Clean, Well-Lighted Place. In Hemingway’s story there are two waiters, one young, one old, and a deaf old man who sits and drinks brandy and who last week had attempted suicide. The young waiter wants to go home to bed. The older waiter understands the experience of nothingness, that many an insomniac knows, the nada nada nada that only a clean, well-lit place, can make bearable. Here’s my poem –

I think my ‘soft-footed attendant’ is probably Hemingway’s old waiter still hanging on in there.

In a very small way, I have profited from insomnia. My most commercially successful children’s book, The Very Noisy Night is about a child (well, Little Mouse) who can’t get to sleep in his little bed and wants to get into Big Mouse’s big bed.  (Let’s not psychoanalyse this. It brings in the pennies).

But writing this blog has made me remember my very first sleepless night. I was eleven. It was Christmas time and with the house being full of family visitors, I was to sleep in the spare room. The spare room spent most of the year shrouded in ghostly dust sheets. It was a room in which a bird had died. It was a room with two doors. Using an imaginary child named Hetty, I wrote about the night in a short story called The Spare Room. Here’s an extract –

The story ends with the line – ‘something of the old Hetty stays, like the bird, locked in the spare room’. Maybe this explains it all. I’ve been psychologically locked in that spare room all these years. I need to get out. Sleep in the garden. Buy a tent.

How do you cope with sleep? Let us know through our CLANGERS project – Sleep is the last topic in the series and entries are open until the end of August.