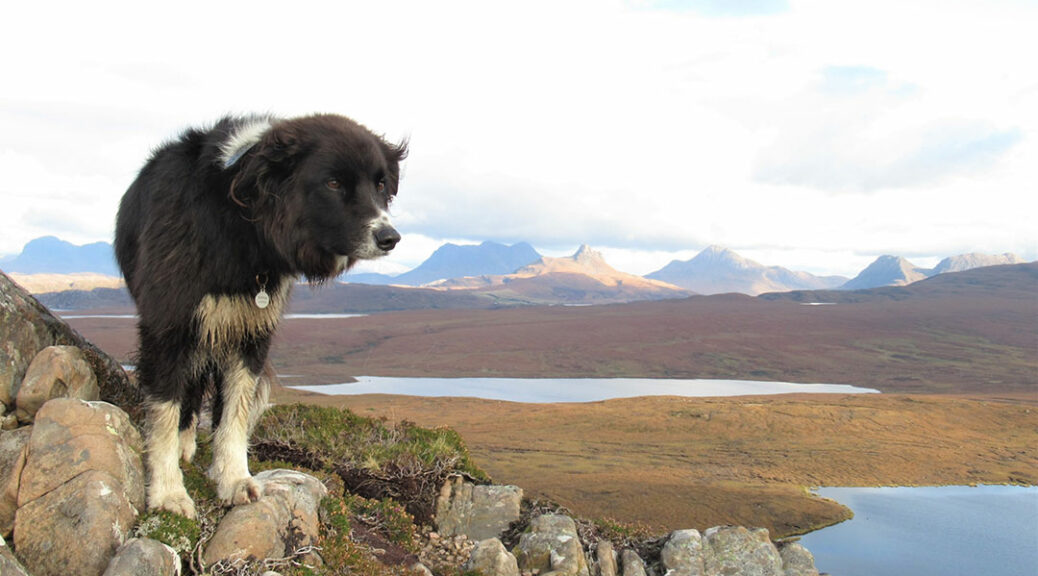 This week, Ask Orlando received a reader’s reply to Hamish the dog’s letter to Orlando in October. Orlando has graciously allowed Pippin to speak to Hamish, dog to dog:

I was moved by your plight and feel for you. Things are rather fairer in my household because Teasel, the very large tabby cat with whom I share my home, does not rule the roost.

True, Teasel never has to wear a lead or harness, but neither do I on most of my walks. Teasel even joins us sometimes, and it seems to me that we have much the same freedoms when outdoors.

Indoors, there is no upstairs in our house, but from a young age I have been allowed to sleep in my Human’s bedroom (I even have a second bed there). Teasel is never granted access to the bedroom at night: he says it’s due to my Human not wanting any corpses gifted to her, but I think that is just Teasel trying to brush off why I have been granted this privilege. Moreover, where I have three beds in the house, Teasel does not even have one. Neither of us are allowed to walk on the worktops, with muddy paws or not, nor to help ourselves to leftovers.

I asked my Human if you could come to live with us, but she said there is only room for one dog in this household. Sorry Hamish, but it’s either you or me and I am not ready to move out. However, I do have one tip. I believe the reason that Teasel is not above me in the pecking order is that I became a member of this household a year before him, and he has never realised that as a cat he could have superior rights, or indeed that he could put me in my place by serrating my nose. So, my advice is that you arrange the premature demise of Daisy and bring in a younger model.

Your friend Pippin (Border Collie-Labrador cross)
Along with his Human, Jackie Wilson.

One thought on “A message from Pippin to Hamish”