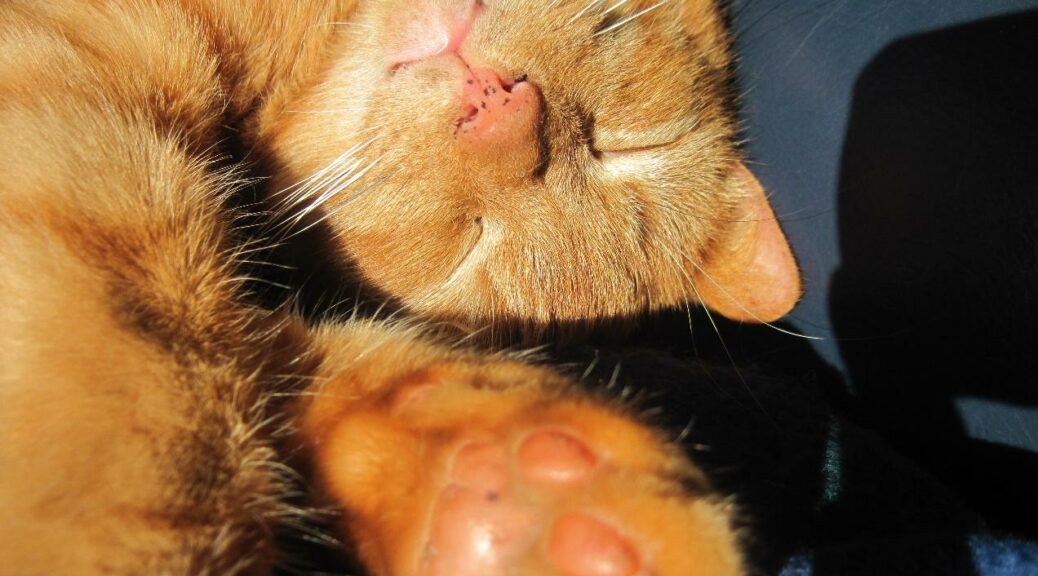 This week, our esteemed Online With Orlando caricaturist, Louis Dunn, shows Orlando his twelve cats. That’s right, TWELVE! They are all siblings, so thankfully have very few spats – even at chow time. Their mother, Inky, was feral, and kept having kittens beneath the deck at Louis’ house. He was eventually able to catch her and have her spayed, and all his twelve cats have been neutered. Very responsible pet ownership!

We think Orlando might be a little overwhelmed by such a large group. He’s used to being the solitary king of his territory, we think, but he certainly approves of this love of cats!