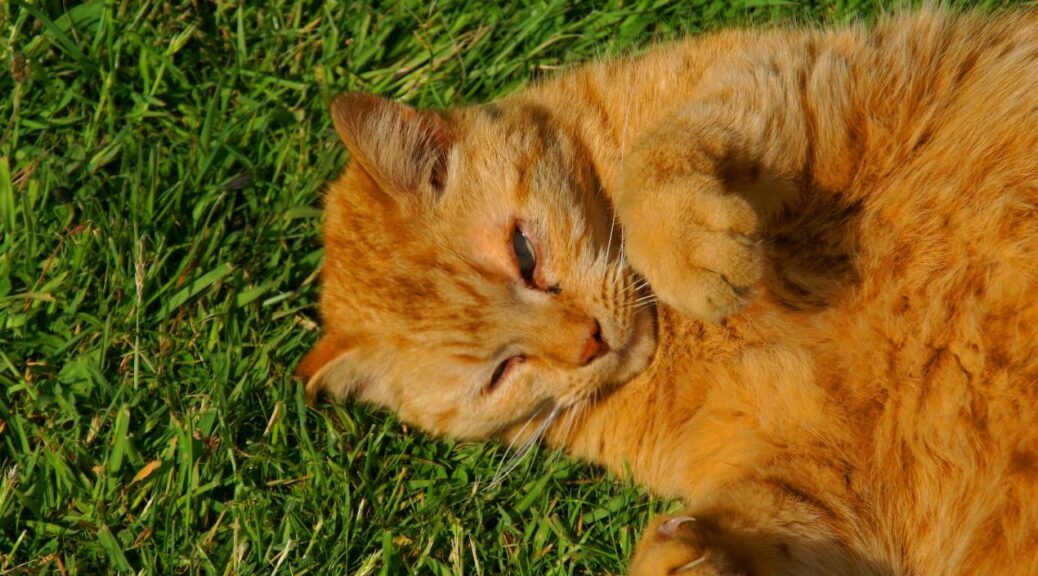 January is a cold and often dreary month, but hopefully some of you have four-legged friends to snuggle up to, or force you to step outside to take in some vitamin D while you go for a walk! This month’s Tell Orlando is a painful but fond memory of a beloved dog – first lost, then found and cared for, then lost over the rainbow bridge. It’s written by Roger Lever, the vet-turned-photographer who brought us the hugely popular High Street Vet blogs last year. We’re delighted to let you know that the third instalment of this blog, which picks up from the end of the second blog to continue the story, will hopefully appear on the Autumn Voices website soon!

The following post is taken from Roger’s website, please feel free to read it there if you’d prefer.

Rosie is a lurcher bitch.

Her story begins in early August 2009 but what happened to her before that we may never know unless someone recognises her from these pictures. I still work part time as a veterinary surgeon in a busy mixed practice in Dumfries. One morning whilst I was operating in the theatre, Helen, one of our nurses presented an unimaginable looking animal on our prep table. It was a black dog or should I say a dog skeleton with skin and hair. It was covered in a vast quantity of smelly faecal matter. It, the dog that is, was breathing still and the deep sunken black eyes were half open but not seeing or focusing. The local council workers had been assigned to clean up some of the roundabouts surrounding Dumfries. Karen, one of the workers noticed a black bin liner pushed under some rose bushes and that the bag was moving. She pulled it free and discovered that it contained the body of a curled up dog which was still alive, just. She wrapped it in her jumper and shouted for help.They rushed it to our surgery just a few miles away. Our nurses set to, cleaning up the little body with warm soapy water. Intravenous fluids were prepared and I introduced a catheter into one of the veins in her front leg. All the while we were talking to her and stroking her hoping that the stimulation would encourage her to live. This was not the time to die! The warm fluids started to flow into her malnourished withered little body giving her immediate life support.

Now nearly 17 kg, Rosie lives life to the full with her two buddies Biddie and Inca. She torments them a bit, egging them on to play but the oldies are content just walking on. She is very much a thief and loves anything that even resembles food. She took a liking to candles for a while – we now have to keep them all locked away unless they are alight. A small local hill, Dalmun is still her favourite climb, always beats us to the top and has a mad session when she gets there. She will be trying a bigger mountain soon I hope so I will let you know how that goes. She is also a bit of a poser in front of the camera so watch out for more images on her showcase.

She is 18kg now and a muscle machine. She is lean and fit, runs like the wind. The troop of three, plus me set off most mornings early early. Biddy, the old collie has had a major set back with her kidney function but still manages to keep up with the other two. Rosie is still a thief given the opportunity of unattended morsels or whole steak pies. She is getting quite gray around the gills though but I think that is as a result of her history rather than her age. She still loves everybody and wants to play and chase most of the other dogs she meets.

October 2013. We, that is Rosie, Biddy and myself took off to the Outer Hebrides for fun and photographs. We did have some fun on the wide open beaches of UIST until Biddy decided to try out some of the local mushrooms. At the moment I am too upset to tell you about the rest.

In the years that follow Rosie continues to be one of the most friendly and faithful dogs I have ever had. She is now 18.5kg and as fit as ever.

She has enjoyed the last few years at Levers Lodge and hopefully for several more years to come. She has had her setbacks and most recently two have threatened her already traumatic life as you will have already read earlier in this text. Two months ago I found a small somewhat insignificant nodule in her left axilla ( armpit) I thought nothing of it at first other than it was probably a small fatty tumour. A few weeks later however I checked it again and found that it had doubled in size (about the size of a barble) I thought it best to operate and remove it, which I did. Not being absolutely sure what it was at that point I sent it off to the laboratory for analysis. A few days later the report came back indicating that it was a mast cell tumour, not a fatty one as I thought. Fortunately it was what the pathologists call a ‘low grade tumour’ ie. one that is least likely to cause further complications. This still meant a further operation however to remove more tissue.

Having just about recovered from this operation Rosie started making little yelping noises occasionally when she moved. Again this did not bother me too much at first as she still happily came out for her morning walk and rabbit chasing escapades on the local golf course. After a few days however the yelps suddenly developed into loud screams of pain followed by shaking and looking as though she had done something terribly wrong. I gave her some immediate pain relief and something to relax her. The following morning I Xrayed her neck and found at least one if not two signs of disc protrusion in her neck. These can of course be potentially very serious and certainly very painful. I contacted my old college in Edinburgh for advice and decided that an MRI scan was in order. This would give us a measure of the severity of the prolapses. Luckily for me there had been a cancellation on that day so I was able to take Rosie straight up to Edinburgh’s amazing State of the Art Vet School at Bush Estate. Katia the Neurologist ( a delightful Italian Vet) was already there waiting for me to arrive and after our initial discussions and workup Rosie was taken through for her MRI scan. Later that afternoon I returned to discuss the results with Katia. Rosie has what is called degenerative disc disease and this was affecting several discs in her neck. We discussed the possibility of surgery but decided to give the condition a chance to settle by giving Rosie total rest and pain releaving drugs. So far this seems to be working. Currently in our kennels at Dumfries she has fallen in love with all our nurses especially Clare who looks after her most of the time. We will be withdrawing some of the medication shortly to see if the pain returns or not. Fingers crossed. Meanwhile she is a happy dog.

Since my last entry Rosie has been totally pain free apart from a little lameness if she has been chasing rabbits or deer on the golf course. She is a liitle more grey about the gills. Remember, we dont know her exact age. Currently her early morning walks are with Judy who is far fitter than her master who has had recent back surgery and a knee replacement. She can still fly when she is taken to Sandyhills beach.

The day I hoped would never come.

It was a bright sunny morning early. Since I had had by knee replacement I had only been walking short distances and Judy my wife had been taking Rosie out for her walks through the wood and onto the golf course. This day we decided to go together. Rosie did her usual, checking out all the recent doggy scents on our way through the wood. Once we hit the golf course Rosie took off at lightning speed to the top of the course, a matter of 2-300 yards in just a few seconds and returned to us soon after seeing off the local bunnies. She had her share of our porridge for breakfast and Sunday morning proceeded as normal with Rosie resting and doing her yoga exercises on her memoryfoam bed. It wasn’t till after lunch that Judy said she had just refused some left overs. She did seem rather quite and when she eventually got up she was unsteady on her feet. I examined her but at that point there was little to see except that I had an uneasy feeling that things were not right. We took her to our main surgery in Dumfries where we proceeded to give her a more thorough examination and an xray. One of her back legs was becoming paralysed, she seemed a bit dehydrated and showing more signs of discomfort. We couldn’t pinpoint any definite problem but I still had this uneasy feeling in my stomach. Normally I would have some inclin as to what was happening with my patients and now with my own dog I didn’t know what was wrong. We gave her some pain relief and took her back home where I set up a fluid drip as we had done all those years ago when she first came to us. Within 10 minutes she was dead. The suddenness by which it happened overwhelmed Judy and I. We just sat there in disbelief and cried our eyes out. I still don’t know what happened but I do know that this was a catastrophic event which I couldn’t have done anything about. Rosie was the most loyal, friendly, gentle, beautiful dog I could ever have wished to be part of my family. This is the one day a wished would never happen. I wouldn’t have wanted her to have a degenerative drawn out illness culminating in her ultimate euthenasia. She was born to run free. She was maltreated in herc early days wherever that was but that period was superposed by love and affection from me, my family and all those people that were fortunate to meet her and she gave just as much if not more. For those of you who have pets of any kind I emplore you to give them love, care and attention and you will get many benefits in return some of which you are not even aware of until they are no longer there. Such was the case with Rosie. She will live on in our memories. I still see her running free on those open beaches of Tiree, Uist and Sandyhills. 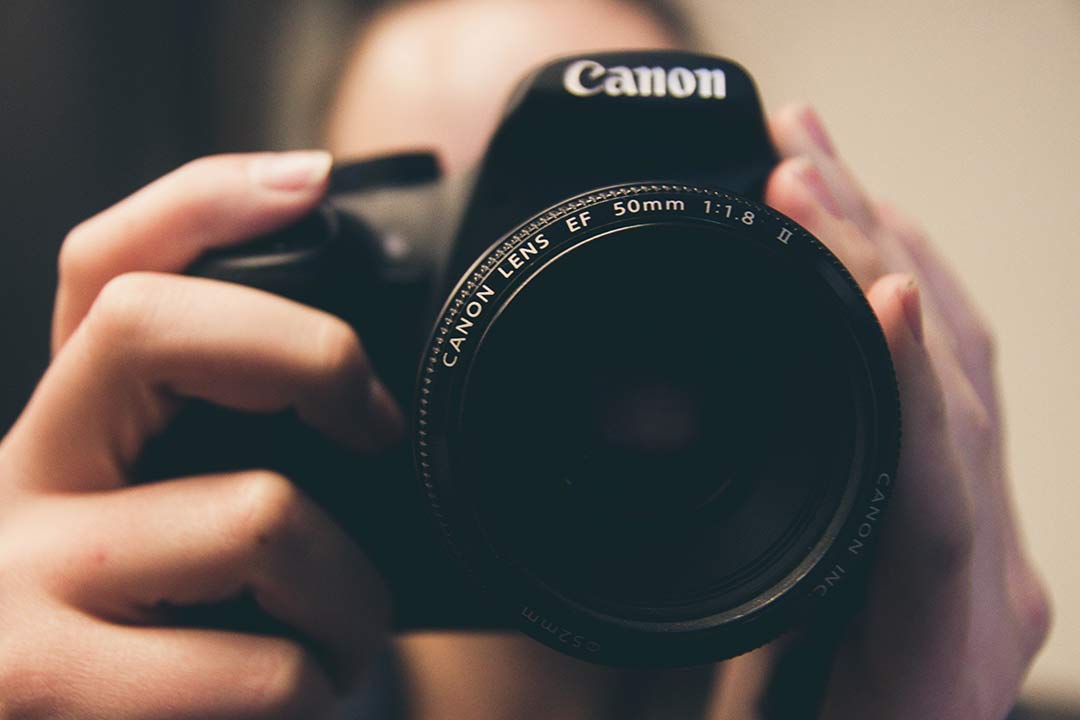