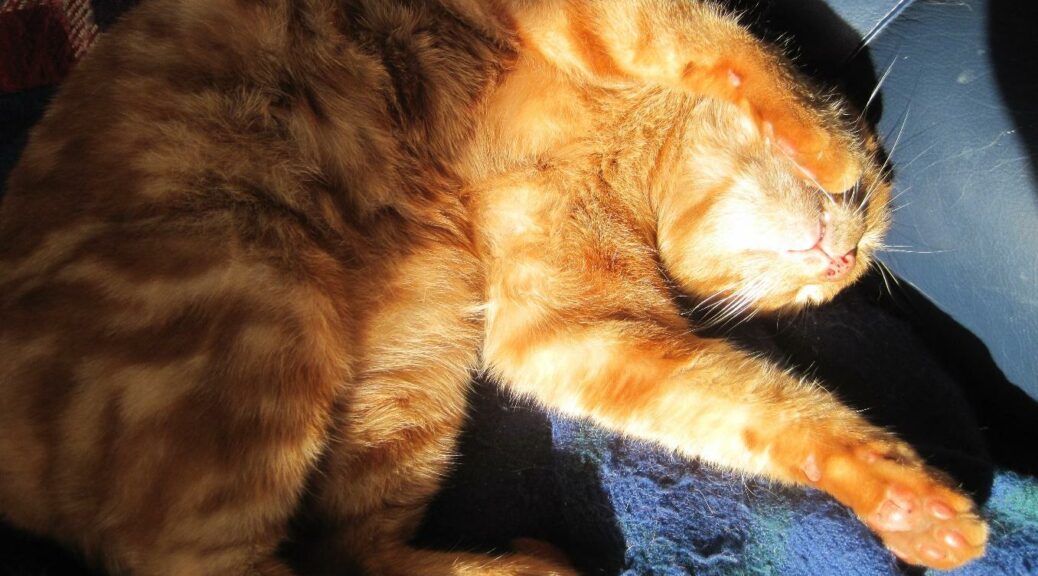 We asked you to send your drawings of Orlando in October and we’re delighted to announce the winner of £50 as 86-year-old Louis Dunn from California. Here’s his winning drawing of Orlando, the Autumn Voices resident cat.

He says of Boris and Edna: ‘Edna eventually won him over and they became close chums – Edna would curl up with him like a kitten and they would have a snooze together.’