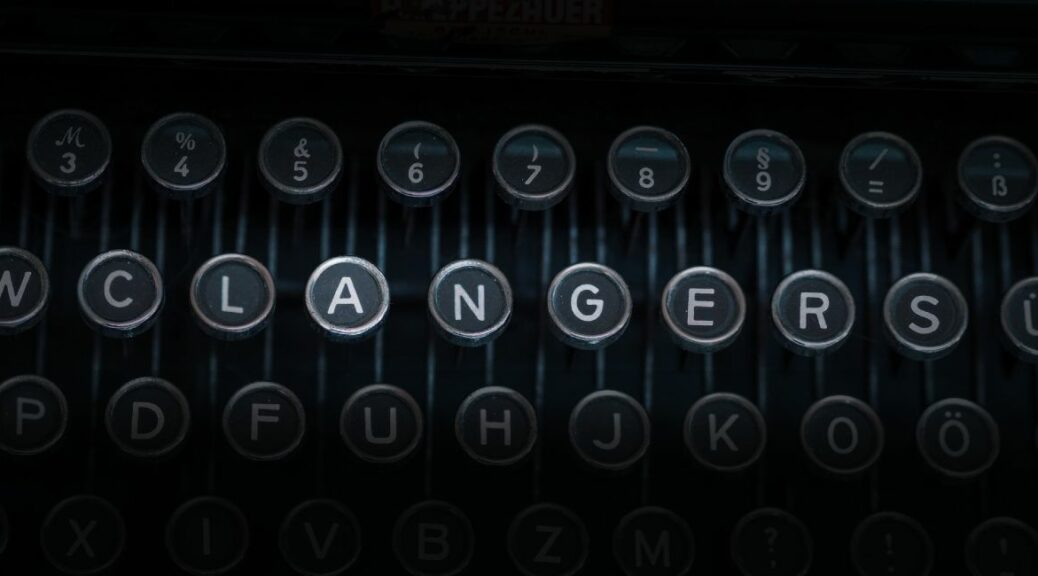 The CLANGER for March was ‘A’ for Active. Being active can take many forms, both physical and mental. There is no clear division between the two. Physical activity stimulates mental activity, and mental activity can increase morale and motivate you to be physically active. As expected, this month’s remit has been interpreted and approached in a variety of ways.

Thanks to all those who contributed.

The GPS-phone gadget-footstep thingy shows me I walked four miles to sit on this Council bench by the loch. To think. My mind is active too, you see. Cleared of anxiety by the exercise it functions almost at peak efficiency. I could have found few better places to compose these two hundred words.

I do miss the sea. Before the flit she was my easy companion, two hundred yards from the front step. In these plague-straightened times, my choice of walk includes riverbank, countryside or, like today, urban tarmac pavements. Still, there are snowdrops among the trees and winter sun sparkling on the water.

My son has custody of the bike. He agrees my new home lacks the requisite storage while he has plenty. The gym is barred to us all. No great loss there. The watchword is to exercise from home; non-essential travel is discouraged. Discouraged, I obey.

It’s slightly shorter to go back by the other path, my words now framed. You know where you can put your ten thousand step target. By the time I reach home, the gadget thingy will confirm nearly seventeen thousand steps today.

The ba’s oot the park!

Having taken the challenge of CLANGERS for two months, I had to be Active for the March challenge. Is that difficult? Every day there has been a health walk or bike ride. I say walk, but every time I sit too long, the urge to perambulate around my garden (to see new stars of crocuses, snowdrops, hellebores, and daffodils) has me dancing outside. Not literally, too many eyes might laugh. (Can eyes laugh?) Activity is all in the mind – and so the body follows. I say ‘bike’, but really, I mean trike. Do you think it easy to have electric? Uphill starts are a nightmare, the power kicks in once you’re in motion. Power takes me further (uphill, down dale, to the next village or two). No gardening, nor triking in gale force winds, but a blustery damp walk (uphill), provided enough of a healthy walk to settle the day. Changing scenes, new challenges and directions daily. What will we do when lockdown is over? Drop more CLANGERS, because we connect with the great outdoors/learn new scenes/actively live and breathe fresh (brrr!) air. But don’t get me talking about April: time to Notice…

… Mixing with people from their early sixties to late nineties who usually attended breakfast club in the communal lounge. I found it easier not to get too involved in any disagreements.  With the internet, groups of people could still communicate through the different web sites. To do cooking, exercises, make contact with friends.

Over the last week things have started to improve. People can use the community lounge.  There is less friction. You are allowed to use the local park to sit on the benches to relax and take in life watching outdoor pursuits – people jogging, youths playing football and people moving around in small groups. It beats sitting in my apartment. It’s not perfect, you appreciate open spaces, greenery, the smell of nature fresh cut grass, flowering plants, a change of scene.

Being in open spaces is far better than corridors with people wearing face masks. I now colour my own hair and bake more often. All this is inspiring and good for the soul and one’s wellbeing – finding time to exercise and do daily tasks, cleaning the apartment, doing my own nails saves money, keeping a regular routine and making the effort to dress smart.

My SOED defines ‘Active’ as an adjective. Adding the prefix ‘be’ converts it to a verb either transitive or intransitive, which isn’t of much help and certainly doesn’t invite Speculation or Reflection.

The current rules of social conduct permit and indeed encourage physical exercise in the open air subject to limitations such as social distancing. For the most part this involves walking or cycling – Splendid!

But, clearly, this takes no account of the undesirable repercussions of this admirable exercise; viz, the quantity of chocolate or biscuit wrappers and metal or plastic containers empty of their former contents, enjoyed by the carriers.

The village in which I live has a Footpaths Society, a Group whose chief occupation – walking and maintaining the footpaths – has had to be suspended. In lieu, we now have an ungrouped, disorganised, number of Litter Picker Individuals roaming the lanes and footpaths, armed with long handled ‘grabbers’ and black plastic sacks. This activity does not allow much opportunity for speculation or reflection but does allow us positively to ‘be Active’.

Being active can take many forms. For me, for many years, it was all about work and for a time politics. I was a campaigner and an election agent for the Labour Party in Bedfordshire in the nineties and any limitations to my activities were largely self-imposed.

In the late nineties, however, I was diagnosed with MS and quite quickly active life became constrained. Walking became difficult and often painful, concentrating for long hours was hard and exhaustion always lurked around the corner. You learn to live with limitations.

Stress can be a trigger for MS relapses, and my job was stressful, especially when I moved to Scotland to become a government adviser. So, I retired happy in the knowledge that in helping to develop the Scotland’s Climate Change Act, I had actually achieved something worthwhile.

I hadn’t realised how limited my activities had become until I retired. Losing the stress of work made an enormous difference to my MS. My relapses are rarer and the almost constant pain I lived with has almost disappeared.

Activity now centres on writing (five novels so far) and the U3A. I am even playing badminton and I have returned to politics with the Green Party and Extinction Rebellion.

Ah, I am a dancer. It was my excuse for everything. Sorry, can’t babysit, I’m out dancing. No time to make the dinner, it’s my dance night.

Rock and roll at my age? Ridiculous. And so, it seemed when, this time last year and without warning, our classes and dance nights were struck off the calendar.

I had to take up walking instead – though I haven’t yet succumbed to buying a dog. A puppy is not just for lockdown after all.

I got lost because maps mean nothing to me.

One day I followed a promising path which descended into a very steep and muddy slope. I was without resources, doomed to slithering on my bahookie or worse, breaking my ankle in a rabbit hole.

I found a branch. Or rather, a former branch – aka a stick. Strong, weathered and exactly the right height for me, my branch provided all the support I needed to descend the slithery slope with a measure of dignity.

I took it home. I cleaned and sanded it lovingly, stained its elegant grain and varnished it four glossy times. A worthy walking companion.

Now I just have to teach it to dance.

What does being active mean? Is it being on the move most of the time, or keeping fit, or even being an important member of a group? To me, being active means using my mind as much as possible, and keeping fit. As I begin to slow down, I walk everywhere, on a regular basis, and find this gives me time to think.

I am forever striving to learn something new, such as different techniques, as I aim to improve my oil painting. I’m even studying  a course in British and American History, as I attempt to improve my writing skills.

Since the start of the virus, I have taken to Facebook and Email, and use them often, as a means of keeping in touch with elderly friends and members of various groups I’m involved with. I’m trying to keep their minds active, in preparation for the lifting of Government restrictions. With a return to some form of normality on the horizon, we can all look forward to us all meeting up, hopefully in the not too distant future, and once again being physically and mentally active.

And the sooner the better…

Many thanks to all those who contributed.