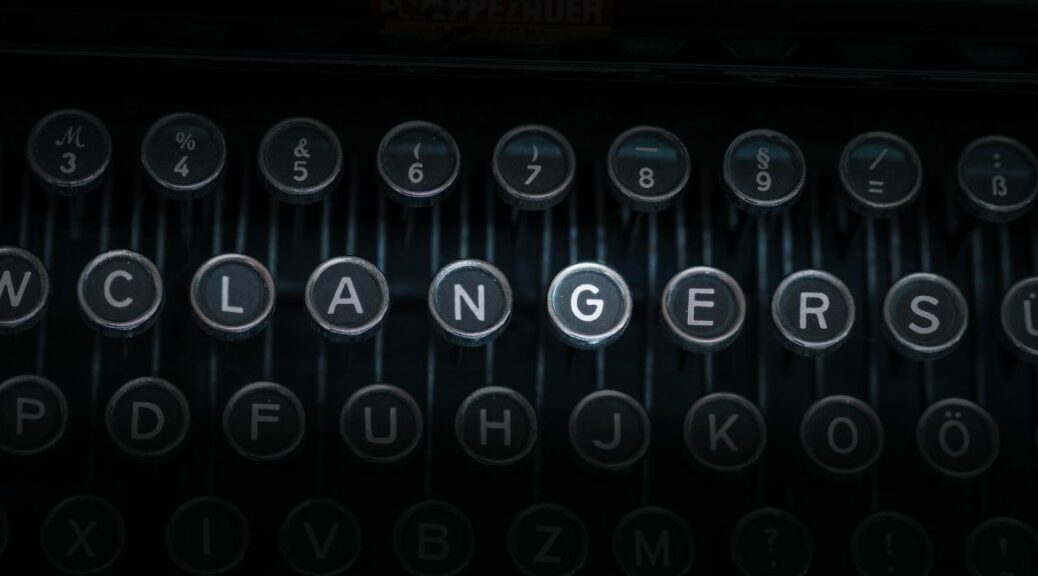 This month’s CLANGERS is G for Give Back. It can take many forms and can often leave you with that warm fuzzy feeling. Read about how some of our Autumn Voices members have given back throughout their lives. We thank them for both giving back and contributing to the website!

Living in a Sheltered housing complex, I find it important to be there as a friend and confidant. There are several people older than myself; I shop for and take pleasure walking their dogs – one of which is a small Jack Russel – who enjoys the odd treat and rolling over in the garden in the early mornings.

It’s always a pleasure to know that you’re helping others and it is also good exercise for my arthritis. It’s a great way to get to know others if you have the company of a dog who is eager to be walked three times a day, if the owners cannot always do this due to ailments.

There is a local park, and it’s lovely to see the plants and trees in bloom – grey squirrels, magpies and pigeons patrolling the park and gardens. You could say it’s nature at its best, watching grey squirrels clamber from their dray, amid the tree branches.

When I look back on my childhood, I see that the shadows were only just receding from post-war Britain. I should say rather, post-wars, because my grandparents had endured two prolonged and catastrophic interruptions to their lives. Yet none of that seemed to impact on the warmth and patience they lavished on me.

Thick slices of cottage loaf browned on the toasting fork over an open fire, butter dripping through my fingers. Grandad sipping his tea from the saucer and letting me do it too. My invalid Nan reading endless Rupert stories from a small pile of annuals – I think the only books in the house.

My three aunts – glamorous, brilliant butterflies flitting about in their New Look skirts and high-heeled court shoes; my uncles, highlighting my days with rides in the bubble car or giggles over shared silly songs.

I used to feel that, as they left me one by one, I had failed to return their love in full measure. But now Daniel comes to play; we go twenty times across and back over the wee stone bridge for fun. Blow bubbles. Sing songs. Giggle for as long as he wants to.

Now, I am giving it back.

Give a Mite or Mansion

Blossoming into Spring, with April showers arriving in May, so I say: give back implies it was taken in the first place. Did we take life? Love? Career? Success? So, I will simply say – Give. All is education and giving implies no exchange from the rich store we have received. Yet to give must surely be in proportion to the largesse received. It depends how giving is measured. Giving is of itself, a higher attainment beyond the mercenary. We do not give by counting an internal balance; but in proportion to need or vision.

Giving is immeasurable. Some giving is weighted with social approval. Others go unnoticed. The widow’s mite, or the wealthy mansion.

So, I would say, let’s Give Forward. Looking to the future, full of challenge. We give when we see what we have to give, and, when we see the need or the reason.

Today I give you rain: the garden is happy.

The Parthenon Marbles were ‘obtained’ by Lord Elgin during the early nineteenth century. He reportedly purchased them from the Ottoman authorities, then in power in Greece. The argument about the legality of the transaction or the legitimacy of that Government is ongoing. He later sold them to the British Museum.

When I first saw the state of the ones left in situ, I believed the friezes, on display in the British Museum and in pristine condition, should remain there until such time as they could be displayed in Greece in a manner befitting their provenance. As I followed the progress of restoration and preservation of The Parthenon, I felt the time may be near for a reunification.

A new Acropolis Museum was opened to the public in 2009. I visited it in 2010. The friezes are housed in a temperature and light controlled gallery. The beauty and craftsmanship belie description. My admiration was intermittently interrupted by plaster casts which broke the smooth lines of the originals. The legend too often repeated: ‘Original in the British Museum.’ It was then that I was finally convinced. The Parthenon Collection should be given back so they can be displayed as an entity.

When shopping in Helensburgh, I pass at least one of the town’s several charity shops – places staffed by volunteers and relying upon donations to fill their shelves. I walk past the Dementia Care Centre, another place reliant on volunteers. Further down the street the vegetable shop gives free fruit to all children and fills boxes of free vegetables for the homeless. Many shops have collection boxes for both local and national charities. My route takes me past the Scout Hall. The Hall is also used by the Grey Matters Club, just one of the groups organised by the Argyll & Bute Third Sector Interface.

At the church community centre all sorts of voluntary clubs and societies – all run by voluntary effort – will soon be resuming their meetings.

Elsewhere in the town the local Rotary Club and Lions Club meet to do wonderful work in serving the community.

This is no more than a taste of the giving and volunteering that happens in the town – a great deal of which is done by folk in later life. I’m sure Helensburgh is no different from other towns in Scotland.

Giving back is a cycle. I put a bird feeder in my garden and the wee birds give me the joy of watching them enjoy their treats. I plant sunflowers seeds and I am rewarded by the inexplicable intrigue of watching their fledging shoots reach skyward for breath.

Giving back need not be swept with grand gestures. Small things: A bottomless bag of Grannie hugs; a listening ear; a thank you in a shop, a smile to like souls on their lockdown walk.

Sometimes giving back means letting go. Standing back. The best thing I can give my son is to live my life in such a way that he won’t worry about me. Giving back is just Karma – the natural order that, given the chance, would govern all things.

And I come full circle to my wee birds fluttering around the bird feeder, and the bird bath with pretend robins sitting plump on their side. Small things. They all add up. If everyone gave back one thing to our beleaguered world, even the smallest bird would be richer, and sunflowers would scatter endless smiles.

And our hearts would burst.

As a token of appreciation, the unthinking redistribution of some earth-coins in a restaurant tronc might bring the donor instant mollification. But it’s too easy. Lazy even. Certainly unimaginative. Cash is clearly welcome after so much plague-enforced inactivity and needn’t be withheld. A word of endorsement in the right quarter is twice blessed. It contributes equally to the wellbeing of donor and recipient.

The more difficult alternative is always the one furthest removed from our natural inclination. That choice to help another is what makes the gesture most worthwhile. There’s no reason to be embarrassed; to give anonymously is a good thing too.

They need never know who put their bin away after it was emptied. It may even encourage them to pass on the courtesy to someone else’s benefit.

If a secret note beside the pillow says so much more than mere words, imagine then the power of a nicely placed flower. The kindest thing in face of a bad day is a comforting shoulder and a willing ear. Imagine the kitchen already cleared when it’s time for that bedtime cuppa…

We’re all in this together. What price a random act of kindness?

What is meant by ‘Give Back’? ‘Returning’ a borrowed physical object? A tangible, active action, or something ‘intangible’, in the present, in the past or even in the future, and, subjective or objective?

At my age, I feel that the most effective way to Give Back is to draw upon my personal memories and experiences and to ‘share’ them with others. I admit that in doing so I have deviated from the guide instruction but surely, I may be allowed a little space in which to wander? Memories and experiences are intangible and in the past but comprise an infinite multitude of variations so it makes sense to choose the most pleasurable: relationships, books, meals, flavours, pictures, holidays – the list is endless – and to share them with others thereby Giving Back what would otherwise be forgotten and lost.

When I was at university my chosen sport was rowing and for one summer term, I was a member of our college’s First Boat. This necessitated strict training, including ‘bonding’. We were segregated at dinner, sitting at our own table, eating our own rations, limited to a half pint of beer a day and smoking was prohibited. Training took place every day regardless of weather conditions. This hard work paid results and the Boat surpassed all expectations. At the end of the week of racing the crew decided to celebrate with a last outing. The day was perfect and we were so relaxed that, for me, the boat seemed to be not passing through the water but flying over it.

Many thanks to all those who contributed.