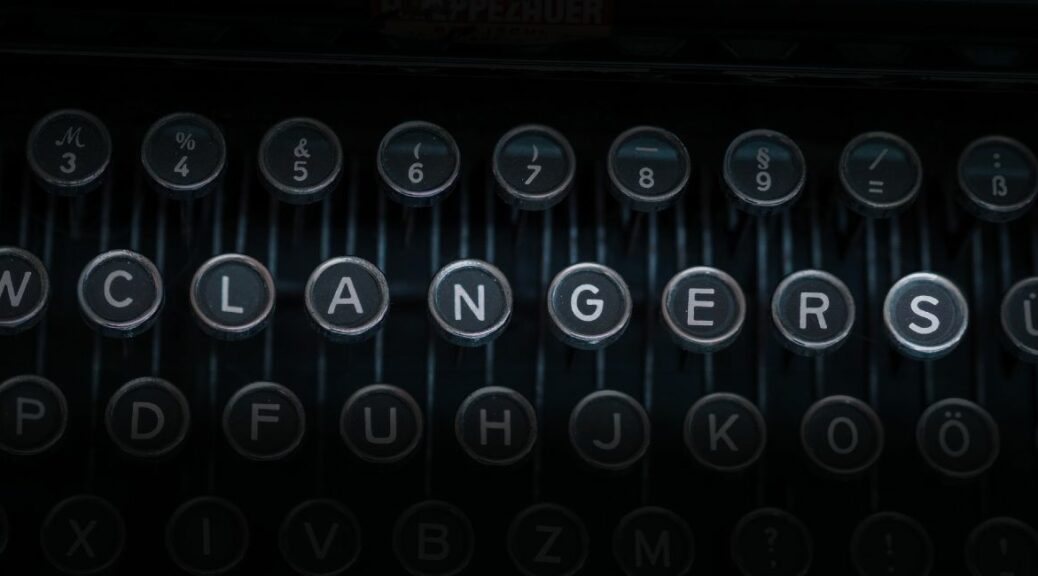 Sleep is the final episode of our CLANGERS series. We hope you enjoy reading them!

Sleep is Nirvana, or Kubla Khan. Sleep is easy, or impossible. Sleep is essential – we die without sleep – and though we may say we did not sleep well, few nights visit that terrible place of counting the hours/the minutes, too tired to get up/to follow a few routines to restore sleep.

I won’t bore you with the many recommended routines of exercise/diet/caffeine/dimming lights/comforting drinks/not reading a book that’s too exciting or scary to sleep . . .

Did you shiver? Do you want to hear more?

No matter. Sleep is hard to define. We say we didn’t sleep, meaning we woke up once/ twice/three times in the night, or that it took a while to drop off. Were there vivid dreams? Was the room too hot for sleep?

Not sleeping is the nightmare. Getting up early because sleep eludes again – that’s different. It’s daylight at 4a.m. Blackout curtains help, but the texture of night is different. Isn’t it great? All that extra time to enjoy the garden/wildlife/relax to the sound of birdsong. Read a chapter . . .

This could drag; write tight. Sleep is beautiful. I just want to know one thing: how to have beautiful dreams? Or peaceful meditation when sleep (not ghosts) vanishes.

Relaxation: a hot drink before bed. Times may vary depending on whether I watch late night TV or read a book before bed. Closing the blinds and floral bedroom curtains, shutting out any dark shadows of shrubs and trees in the communal garden where I reside.

Preparing oneself by undressing . . . the removal of under garments . . . make up. Wearing a loose kaftan to feel free from restraint, in my comfy double bed. Opening my floral duvet cover at peace with myself. Usually, I prefer to lie in the centre of the bed, occasionally turning on my side.

Sometimes my thoughts wander regarding past events, things that have happened in my life. When my eyelids droop, I like to feel relaxed and get up refreshed, ready to take on the day ahead. Wake to the sound of birds, early morning song and a haven of bright hues in the garden. Breakfast is toast or cereal and fruit juice. Exercises? Let another day begin.

Sleep is the CLANGERS activity I’m best at – well, along with eating and generally relaxing. I like to get in a good fourteen or fifteen hours between one sunrise and the next. I have my favourite places to sleep, depending on the weather: Shady places in the long grass; the hammock attached to the top of a radiator on the landing upstairs; my armchair in the study (and woe betide anyone else who tries to use it); the half-landing with the big window that catches the morning and early afternoon sun; a small igloo-like dome made of faux-fur. I don’t sleep on my humans’ bed. At least, not while they occupy it. I find their thrashing about, snoring and frequent visits to the place where they have a sort of sandbox too disturbing. My humans have been heard to remark that I dream, that my paws and whiskers twitch. But I never remember them.

It’s a number thing. Three squares. Four Seasons. Seven ages. Eight hours. We’re governed by our obsession with counting things. Sheep, though! Sheep are on a whole different plateau. There are only a quarter as many of them as their legs, you know. Come on, keep up. It’s an old one. When asked how many sheep he has a farmer replies, ‘I count their legs and divide by four.’

I refuse to believe sheep counting began simply as a security measure for ancient, hillside flocks. It was certainly reputation-suicide to cry wolf if there weren’t a genuine shortage among your charges. The big issue of course, especially with your larger flocks, was getting to the number you expected before nodding off. Well, even if it weren’t strictly a roll call at dusk, afternoons could get pretty soporific on Aesop’s sun-baked slopes, what with all that counting. Truly unforgivable was to sleep through the attack; to think five minutes wouldn’t matter and waking hours later surrounded by carnage. Counting. Sleeping. Inextricably linked for centuries.

I don’t hold with the temperate guilt of a snooze in the afternoon. Even electric sheep don’t make me anxious anymore.

If you can’t think of anything to write, consult the bard – the English one in my case. The first that came to mind was the above which, of course, isn’t actually about therapeutic sleep, unless you count death as such. Other ‘Bardic’ quotes about sleep flooded in, far too many, so I extracted one word – dream.

Everyone dreams, although we may not remember them. As a child I had a period of nightmares. The GP diagnosed an over-active imagination. I would grow out of them! My grandmother told me I had to stop them, or I’d go mad. That really helped!! About that time teachers said my stories were no good. I had no imagination. Mmmm . . .

‘Waking’ dreams frighten me because they are real. These hypnogogic hallucinations usually happen when falling asleep. Thankfully they rarely occur these days.

To return to the Bard. My favourite ‘dream’ quotation is from The Tempest. It’s spoken by Prospero:

The last performance I saw of this was on a small Greek island. There was no scenery apart from the natural growth around the amphitheatre and the sea in the background. The perfect setting.

Sleep is a moody taskmaster. It can envelop like chloroform when a favourite TV programme is about to start. It can flee like a feather on the wind when shadows play havoc with a restless mind and tiredness obeys no rules of rest.

It can smother with dreams – tormenting with unresolved dilemmas, exhausting with the false hopes of regurgitated wishes. And sometimes, just sometimes, it can take your hand through a sunlit forest where contentment reigns sublime, like the beauty of a sleeping child.

Sleep is a dearest love, a mortal enemy, a lifelong companion – flighty and teasing in its indispensability. It creates longing, bliss, restoration and nightmare. It is all-encompassing, the near-death we cannot live without.

I have a recurring dream: I am in a house. One room I am always reluctant to enter, but I do. It is haunted, and now it haunts me, and I have no idea why. The house is so familiar and constant that it seems sleep may have smudged the edges of reality into dreamworld imagination. Have I walked through that house before, in my real life? I can’t remember, and I suppose I will never know.

Sleep, nowadays, is a restless bird flapping around the room in aimless loops, settling sometimes on the top of the wardrobe for minutes at a time, only to take off again clumsily, brushing my eyes open as she passes.

Sleep resists my efforts to calm her flutterings with soothing thoughts and relaxing mantras. Busily, she grooms her pinions, separating out each anxious thought, preening delicate worries so that each gleams in the remnants of streetlight edging through the curtains.

Dreams will not drift in to take the place of thoughts. They are kept at bay by the silent chatter of the restless bird: toohot/toocold/toothirsty/toohungry/bathroomcalling. Repeat.

And as the night’s litany of fractious fears gives way to those of early morning, all that must be done in the already-day looms and the question hovers: How will I . . . with only three/ two/ one hour’s sleep?

Outside my window, the blackbird senses the first glimmer of dawn and sings, triumphant, ecstatic, from his tree. At his signal, my restless bird descends from the curtain rail, and settles me into her nest. She ruffles her underbelly, spreading a feathered crinoline down, over, around and under me.

I used to do battle with sleep but no longer. Battling insomnia was as exhausting as the day ahead having not slept because of the insomnia.

Sleep and lack thereof was a vicious circle. Until . . . several years ago I came across a Facebook post with a picture of a postcard. Bright yellow with a sketch of a lady wearing a mini skirt version of a twenties flapper outfit. The drawing isn’t in fact relevant. I am awake, bear with. The postcard was a Somee design. American, I believe. They have a website of kitschy postcards with slogans and other products. Search in categories such as, ‘21 people share the worst things they’ve overheard while pretending to be asleep’.

The postcard I found, printed out and blu-tacked to the wall says,

‘If you ever wanna know what a creative person’s mind feels like, imagine a browser with 2,857 tabs open. All. The. Time.’

The proverbial penny dropped. My hyperactive, creative brain was not switching off and it related to my sleep patterns. At which point I stopped stressing about not sleeping.

Since I let go of sleep as an issue to worry about, I sleep. Not always the same every night but more consistent. If it’s a night of notebook scribbling or reading, I go with it. I discovered the benefits of a daytime ‘power nap’ aka ‘forty winks’.

If I can imagine sleep as an entity, truth is sooner or later it catches up, whispering,

‘Enough. Off to the Land of Nod with you.’

Just tuck me in.

Our sincerest thanks to everyone who took part in this CLANGERS series. It’s been so lovely to read them all every month. Stay tuned for another feature in the not-too-distant future.