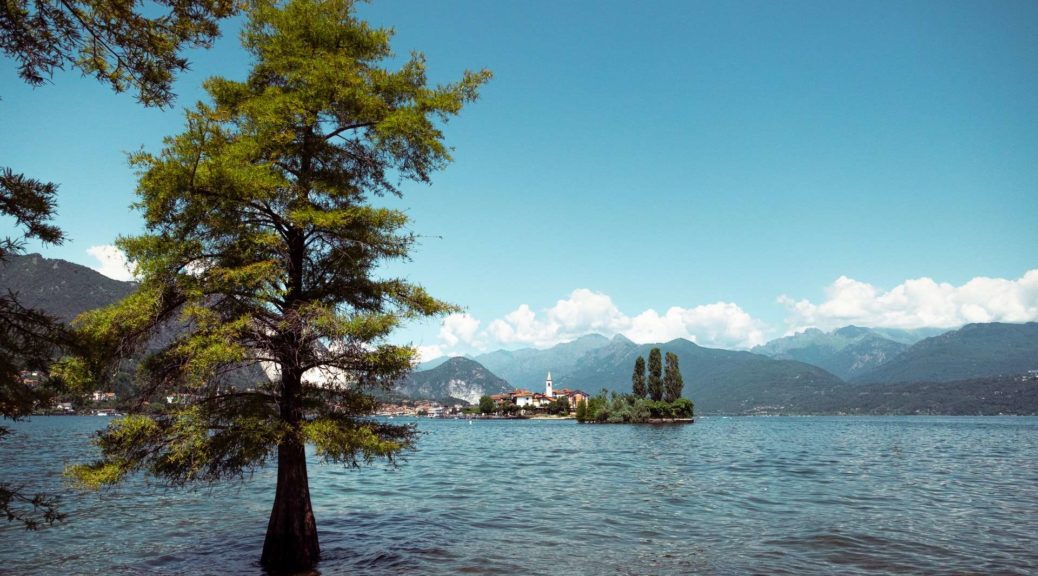 The only place I have always wanted to go to was Italy. After I had finished my training as a nurse and had landed a job as a Staff Nurse at age forty-five, Robin said, ‘I think you deserve a holiday. You’ve never really had one, so what would you like best?’ I had seen ads for Italian opera holidays, and that was exactly what I wanted. These holidays usually started from London, but, by great good fortune, Friends of Scottish Opera, of which I was a member, had organised a trip leaving from Glasgow, which made it perfect.

We had a thrilling time, the whole party was taken by coach to the Arena di Verona for two operas, to Venice for a day, and to La Scala, Milan for a more intimate opera. Everything was wonderful, except that Aida was rained off halfway through, and before the magnificent ‘Grand March’. Robin promised me we would come again one day for the second half.

In 1989, after we had been through a traumatic experience and needed something positive to help us recover – although we couldn’t really afford it at the time – we booked another opera holiday. This time I had an Italian Higher under my belt, so I felt we need not be part of the group all the time, and we booked a family-run hotel in Verona.

On one of the ‘free’ days (no coach trips anywhere) we decided to take a bus to Garda, by the lake. From my lessons I knew that you didn’t buy your ticket on the bus, but at a tobacconists nearby, so I negotiated the acquisition of four tickets, two for the outward journey, two for the return. We settled into our seats and relaxed, More people got on the bus, and finally a tubby little man in uniform, who proceeded down the aisle checking tickets. When he came to us, I proudly handed him two tickets, and for reasons unknown to me this seemed to put him in a rage. He went red in the face, started shouting at me, and looked around the bus, clearly inviting the other passengers to sympathise with how sorely his patience was tried. My Higher hadn’t equipped me for speech delivered at this speed, but someone managed to make it clear that I should have put my tickets into a slot just inside the bus, which clipped them. The conductor finally calmed down and, rolling his eyes, went to the next seats. Thankfully, the journey back was uneventful despite the presence of the same histrionic conductor.

On our next ‘free’ day, we thought we would take a bus to a different venue. I made sure the two tickets were ready for inspection this time – and would you believe it – it was the same conductor! In front of us were two young Germans – early teens, perhaps. When the conductor reached them, he held out his hand, and the lads produced a map, pointed to where they were aiming for and waited to be told the fare. The conductor frowned and shook his head and, raising his voice slightly, requested the tickets. The boys, bewildered, proffered money. The conductor made it very clear that money was not what was wanted, he started to redden, and again appealed to the busload, to sympathise with what he had to put up with. The boys tentatively produced their passports. I thought the conductor was going to have a fit, he went purple, his eyes bulged, and he yelled what I suspect was abuse at the poor terrified boys. Finally, he gave up in despair and turned to us. I don’t know what got into me, it must have been the devil, because, smiling as sweetly as I could at him, I put the two unclipped return tickets into his hand. Now his fury knew no bounds. He was positively jumping up and down in his rage and frustration, and while he was turning to appeal again to the rest of the passengers, I quietly slipped the rogue tickets out of his hand and replaced them with the clipped ones. He looked down at them in disbelief, and then at me, at the tickets again, and, shaking his head despairingly, went to deal with the next lot.

When we got off the bus, he stepped down with us. He delivered a speech at his usual speed, so I understood nothing, except that he was either angry or amused, and I don’t believe he knew which, either. The speech ended with a wagging finger and the word ‘cattiva’ which would probably best be translated as ‘naughty’. On the journey back the bus was bursting at the seams. I was now beyond surprised to find that it was again the same conductor! I began to think that there was only one bus and one conductor in Verona. An entire English under-eleven football team plus accompanying siblings, parents and other relatives got on. They were standing in the aisle, sitting on each other’s laps, and almost overflowing into other passengers’ laps! The harassed conductor shouted down the bus, ‘Quante persone ci sono?’ The company all shook their heads and looked uneasy. I said to the one next to me ‘he wants to know how many there are of you.’ ‘Twenty-two’ he hissed back. ‘Venti-due’ I shouted at the conductor.’ Perche ci sono venti-tre biglietti?’ he shouted back, plaintively. ‘He wants to know why you have given him twenty-three tickets’ I told the same man. ‘One must be a return,’ he replied. ‘uno sara il torno’ I yelled at the conductor. Yelling was necessary in order to be heard above the hubbub of so many voices.

When Robin and I got off, again the conductor got off with us. His speech this time was delivered at his usual pace, but in a very different tone of voice. Sadly, I couldn’t keep up with it, but I did get the last line, delivered while he shook my hand: ‘Parla bene le lingue!’ – ‘You do speak languages well.’

My Italian teacher would have burst with pride!