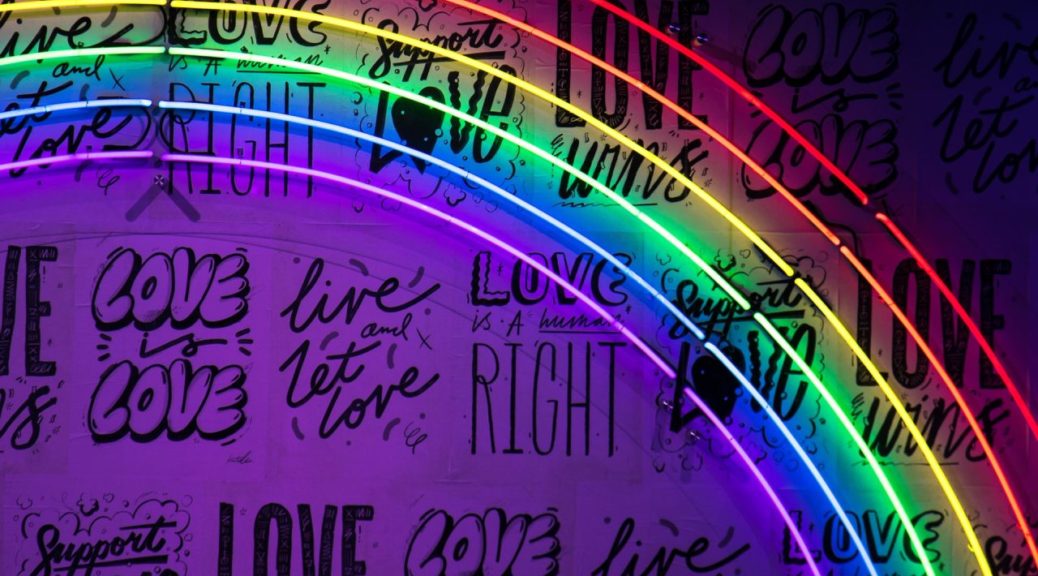 Each February, LGBT+ History month celebrates everything queer in our collective past. For this month’s OUTing the Past Festival I’ve been researching the twentieth century life of Morley Clarke and his partner Roland Spence – a tailor and a bookseller respectively in post-war Leicester. Their experience typifies the lives of gay men in the twentieth century: a shameful secret hidden from family, underground socialising, the fear of arrest and consequent public outing. But there are also joyful parts: burgeoning love, freedom of expression through involvement in amateur theatre, and the dresses that Morley made for his drag queen friends, until his fingers were no longer nimble enough in old age to sew on the sequins.

Morley was my partner’s cousin, once removed.  He died in 2010, aged 93. By accessing memories, diaries, letters, holiday snaps, portraits, local newspapers, birth and death certificates, I’ve pieced together his life.

As a feminist historian I read against the grain to glean a past beneath the harvest of official history. As a lesbian, I’m discovering how to decipher queer history, to read not just between the lines but also the code (literally, in Anne Lister’s case – television’s Gentleman Jack – who wrote her diaries in ‘crypthand’). Our LGBT+ history is littered with gaps, and there’s a debate about whether to leave the blank space empty, or fill it with conjecture, or even fictional fantasy. There’s a lot to be said for celebrated writer Toni Morrison’s technique of ‘rememorying’ the lives of enslaved people: to re-member people whose bodies as well as lives had been pulled apart, and thus create stories and histories where none had existed.

To depict the LGBT+ past may involve provocative assertions while assembling facts that don’t quite add up. Piecing this story together has been an act of LGBT+ assertiveness in itself. In my personal journey of blending families, I’ve dared to claim a connection with my partner’s relatives, something that was denied to Morley and is still not a simple matter. I’m not a Clarke – I’m from Birmingham not Leicester – and winkling out the facts from this family meant rooting through the lives of myriad Clarkes: half-siblings and cousins once-or-twice removed as well as the principal characters. I still don’t know what to call myself: half-sister-in-law; distant relative united by civil partnership?

Margaret Thatcher’s disparaging references to ‘pretended families’ in the 1980s are explored in the current series of It’s A Sin on Channel 4. In the early days of AIDS, when many gay people were estranged or distant from their families, dying young men were whisked away by ashamed parents or shut behind sealed doors to die alone.  Suffering indignity in death also features in Morley and Roland’s life. Their love story ended in tragedy when Roland died of a heart attack aged 65, and his family swooped, taking what they liked from Morley and Roland’s home – totally ignoring their relationship. Morley was finally outed posthumously at his funeral tea in the hotel where the ‘homosexuals’ used to gather, and the collection was in aid of Stonewall. ‘Morley would have been mortified,’ said my partner who organised the funeral.

A story of the past must talk to the present. I am imparting facts to a younger audience who don’t know what it was like to live a criminalised, underground double life, and the sheer effort involved in suppressing your true self while also finding places to be yourself without inhibition. Then there’s the ‘lest we forget’ aspect. Holocaust Memorial Day (January 27th) is a sharp reminder that the strength of our modern consensus is as fragile as a pile of disintegrating memories. A designated time to remember Morley reminds us that we never want to return to those days. If we in the present don’t know these things to be true, how can we be sure to avoid them in the future? Never again.

The isolation of being gay doesn’t just belong in the distant past, and the significance, especially for young LGBT+ people, of having a gay relative cannot be underestimated. As a teenager, you think you’re the only one. When my partner, aged eighteen, rang her dad’s cousin’s doorbell, she introduced herself: ‘I’m Tony’s daughter, and I’m gay.’ Morley grinned with instant delight. I would have given anything to know that my great aunt was a lesbian, but I found out thirty years too late. In some families like mine, the secret was total. In others like Morley’s, there was a ‘glass closet’ – never spoken about, never acknowledged. Oh, that yearning for acknowledgement! Tony’s gay children and grandchildren are now aged 58, 32 and 16 and proud to have gay relatives. But the unspoken dynamic is something that sadly endures to this day in certain communities.

LGBT+ history is in the past but simultaneously with us in the present. Emphasising pride capsizes the shame that Morley’s generation and my contemporaries in the 1970s were made to feel. But it also highlights the irrepressible flamboyant fountain of joy and love in which many (but not all) LGBT+ people bathed as an act of resistance. Creating narratives that are our story is vital, because without a backstory we cannot fully take our place in the present day.

A note on terminology: ‘gay’ is a good shorthand but has never been all-embracing. LGBT+, although clumsy, does attempt to be specifically inclusive of lesbians, gay men, bisexual and trans people. In LGBTQ, ‘Queer’ has been adopted by many as a wide term for everyone (and everything) ‘not straight’. I prefer to use ‘LGBT+’, where the plus denotes myriad ways that people might wish to express their identity. Of course, one day none of this will be necessary, as a fluid range of gender and sexualities become the norm. But that’s a long way off.

Outing the Past has Zoom events listings, including the story of Morley Clarke at Leicester LGBT+ Centre

Not listed by Outing the Past, but highly recommended, are Damian Barr’s literary salon with Russell T. Davies (It’s a Sin writer) and Ruth Coker Burks on 18 February

And, a full programme of free online events at Shrewsbury LGBT+ Festival stretching into March